This post is dedicated in loving memory to my husband’s childhood best friend, Shannon, who was killed in the North Tower on 9/11/01 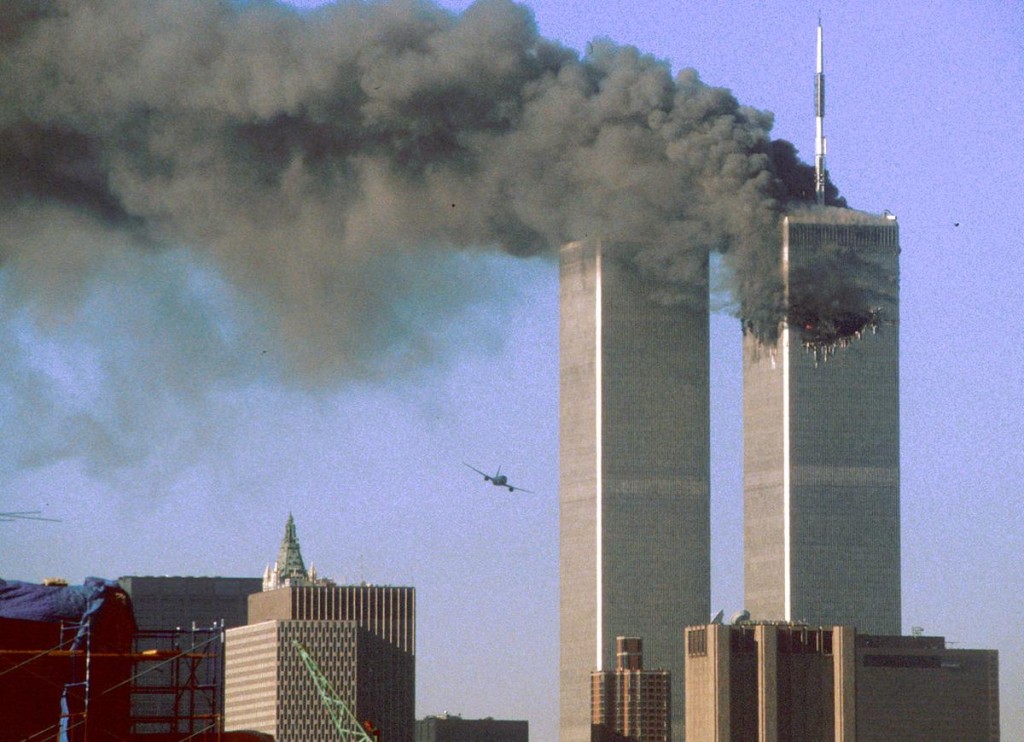 This was the day! She would be making her big pitch to her boss and if all went well, life would get so much better for her little family. Her maternity leave had ended just a month ago, and she quickly realized that she desired to spend more time at home, and less time working the grueling hours she worked prior to bringing her son into the world. She talked with her most trusted peer, and they had devised a plan of reduced pay and reduced hours that would allow her the flexibility to spend more time with her new baby.

September 11, 2001. The weather forecast was beautiful. via @katbiggie

Today was the day she’d sell the idea to the big boss. September 11, 2001. The weather forecast was beautiful. It was going to be a great day. She was one part nervous and two parts excited, and that was enough to get her out of the bed a full hour earlier than normal. Her alarm never even made a buzz before she was up and dressed in her workout gear. She was determined to start the day on the right foot, and that included a 30 minute yoga routine.

She smelled the familiar scent of coffee as she finished up her routine and smiled. Her husband was also up early. Gliding into the kitchen, she gave him a peck on the cheek and a big squeeze.

“I thought I’d make sure you had a good breakfast today,” he said, returning her affectionate squeeze.

“You’re incredible! I’ll eat when I’m out of the shower.”

“Big day!” she echoed. God, she loved that man!

As she stood in the shower she thought about everything that had happened to bring them here. As a computer geek, she never thought she’d find herself working for a global insurance broker, but then again, why not? They have huge IT needs too. She’d started out with Marsh and McLennen as an IT help desk professional, but as technology continued to increase, she was able to use her programming skills to help develop a better database system. She had been promoted several times, and while she found the job rewarding, it took her away from her family. Today she would convince her boss to let her go backwards in her career.

She checked in on the baby in the nursery and placed a kiss on his sweet forehead. Grabbing her briefcase, she kissed her husband quickly on the lips and promised to call him as soon as the meeting was over.Today was not a day to be late, so she left early. Traffic was heavy and the metros in downtown New York seemed overly crowded, but it didn’t bother her. Life was good.

Her meeting was scheduled for 9:00 a.m. in her bosses conference room. She made sure everything was in order and ran over her speech on last time. All of her paperwork was in order. She meticulously outlined exactly how her role would change, what her pay would look like, what her hours would be and how she would help them transition. She felt it was a solid plan.

At 8:45 she started pacing. What if he didn’t like the plan? What if he fired her instead? So much could go wrong!

Her phone rang. It was her husband. He must have felt her anxiety. Her hand moved to flip the phone open. She felt and heard a terrifying boom.

At 8:46 a terrible boom. Her office was on the 96th floor of the N Tower. via @katbiggie

This is a fictional account of a fictional employee of Marsh & McLennan on 9/11.  While I was researching events of the day, I found an interview with a Marsh & McLennan employee who was supposed to be in a computer training course in the North Tower that day, but forgot about it. She said many of her friends died, including a woman that had just returned from maternity leave. The plane that hit the North Tower cut a gash from the 93rd floor to the 99th floor–all occupied by Marsh & McLennan. A total of 295 employees and 63 consultants died that day.

This week we remember them. Let us never forget.

Feel free to share your 9/11 memories, especially if you lost someone you knew or loved.

Also, today is World Suicide Prevention Day. Please share about that too!