And other than advocating for newborn health, I think this is the most important thing I can spend my time focusing on.

But maybe it’s not so accidental.

My whole life has led me to the point that I am at now. Advocating and taking a role of activism when necessary, for those who do not have a voice.

My largest platform is obviously newborn and maternal health, children’s health issues, and pretty much anything that falls into those realms. I’m certain you’ve come to expect me to ask you for money or for action to serve one of these causes. Because they matter.

One issue, that I find very relevant to children’s health and safety, but don’t talk a lot about because of the controversial nature of the discussion is gun control. But if you are interested in my other posts on the topic, I wrote about the Sandy Hook Promise and Have Your Voice Heard.

It’s on my heart and my mind a lot these days.

I made the decision that this is an issue I deeply care about, and it’s one I want to talk about and share with you.

It is not my intent to have a discussion on 2nd Amendment rights. Let’s be clear right now – I am not ANTI-2nd Amendment. I AM, however, PRO Common Sense. And in this case, I think that means, like all other rights and amendments, we have a responsibility to make and pass laws that are for the best interest of all our citizens. Even if that causes a little bit of discomfort for some.

And we have to talk about the elephant in the room. The power and influence of the NRA on our elected officials, and how that impacts the laws that are or are not on the books. But, my friends, that is a topic I’m not prepared to delve into today, and when I do, I want to make sure I have specific facts and statistics. Because it matters.

Instead, I’d like to talk about the evolution of me. My evolution from Alexa to advocate to activist.

We all know the story on how I became an advocate for maternal and newborn health issues, and therefore, the March of Dimes as well as Twin to Twin Transfusion Syndrome (TTTS) Awareness. (OK, if you’re not a regular reader you don’t. In a quick nutshell – I lost one of my identical twin daughters. She died at 2 days old from complications to TTTS. The girls were born 10 weeks early… all of this influenced my journey and jumpstarted me into this role as advocate.)

But I think in my heart, I’ve always been an activist, just waiting for the right moment.

In 5th grade, 12 years old, I was held up at gunpoint while waiting for my school bus to arrive. I was talking with one of my girlfriends, when her older brother, clearly distressed, came to our bus stop and started arguing with her over something. My friend called her brother a name, as siblings do, and he pulled out a gun and pointed it right at us.

I remember that moment. Truthfully, I’m surprised I didn’t pee in my pants. I didn’t grow up with guns in our house and I was terrified of them. He was standing so close to us, if he pulled the trigger, he wouldn’t miss. I was frozen in fear.

Thankfully the bus approached at that time. He put the gun away and ran.  Once we arrived at school, all the kids who witnessed the incident were interviewed, one by one by the principle and the police department.

It was a terrifying experience.

They later caught her brother. The gun was loaded.

I began to think about becoming a lawyer. I wanted to pursue the law and legal action for gun control.

But I was afraid. Even at a young age, I realized what a dividing issue this is, and how violent people literally get over the topic. I was scared that I would be killed if I were to take on that mission.

So I gave up the dream.

But it’s always been there.

Fast forward to me taking on a strong role as an advocate for children’s health issues.

I became an activist.

I joined the growing group Moms Demand Action – a group of mothers who are concerned with COMMON SENSE gun laws, measures, and controls.

It’s not about taking away your guns.

It is about making this country safer.

How can we claim to be the best nation in the world when we are the ONLY nation with this type of violence?

But it’s not just violence. The number of accidental deaths is astounding.

This is an issue that is important to me because of this:

100 Children Died in Accidental Shootings the Year after Sandy Hook! 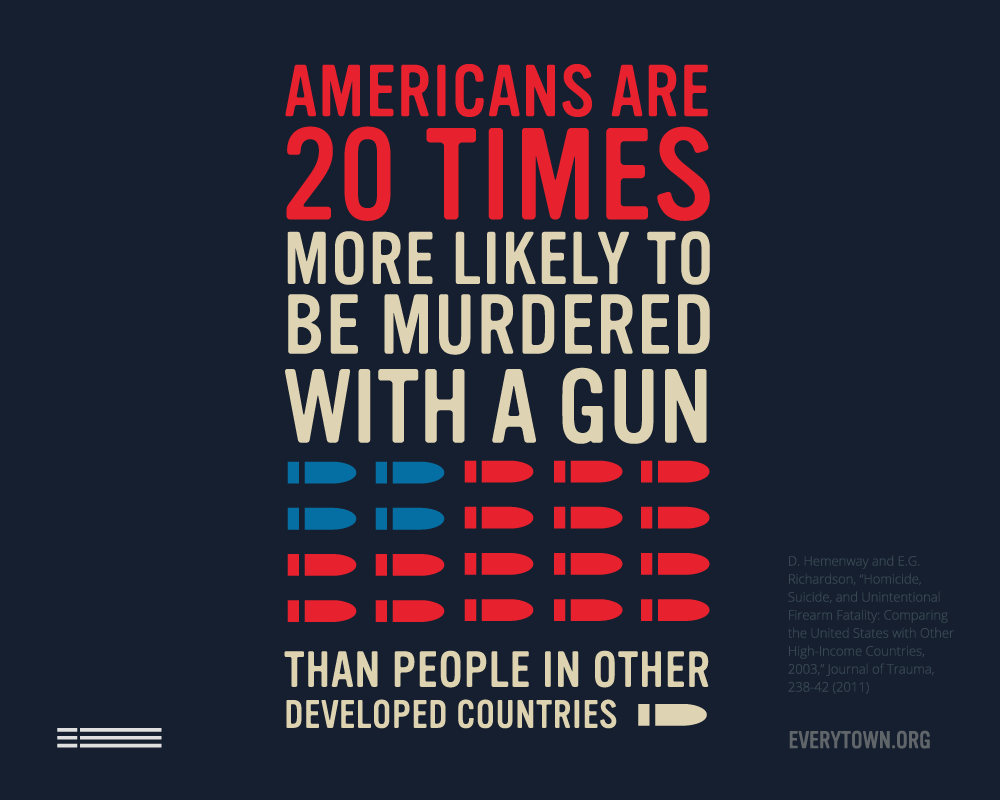 As stated on Everytown:

Support for the Second Amendment goes hand-in-hand with keeping guns away from criminals and other dangerous people. But it’s simply too easy for the wrong people to get guns, leading to all kinds of violence—from deadly domestic abuse to suicide and school shootings.

Research shows—and cops will tell you—that common-sense public safety laws reduce gun violence and save lives. We can put a stop to the more than 31,000 gun deaths that happen every year. And we can do it in a way that still respects the Second Amendment.

Just something to think about. But gun control activism doesn’t have to be all serious and ugly all the time. Sometimes humor makes a better point.

Because I like to keep things light, I encourage you to watch this HILARIOUS, yet on point PSA about keeping guns in the home locked up.

I’ve watched it so many times, I am probably responsible for it going viral… it’s too funny. And makes the point in a way that, well, you just have to watch.

We need moms to take this issue on as one of importance. Because it’s in our best interest to making sure our children are safe.

Yes, bad people will always do bad things. But there ARE ways to reduce access. There are measures that can be put in place that can reduce the likelihood of mass shootings.

We have to be willing to let our elected officials know that it is a topic that is important to us, or they’ll just keep on voting the way they always have.

Are you willing to check out Moms Demand Action and EveryTown and see if you might be able to do something as small as sending out an automated tweet or email?