This week has been miserable.

Mostly for the children, because they’ve had the illness. Hand, foot, and mouth disease, that is.

But it’s been miserable for mama too. Because when kids are unhappy, no one is happy.

The worst night of it, poor Tiny was up at 1am, just miserable, and would not go to sleep. She stayed up til after 5, constantly demanding this and that. She finally crashed on the couch and got about 1.5 hours sleep. And then did NOT go back to sleep until after 10pm the next day.

I assure you, that was NOT a fun day.

So, you may be asking:

Just what is Hand Foot and Mouth disease?

Just What IS hand foot and mouth disease? Will my kids get it? via @katbiggie

Besides being just terrible???

You might have all or a variety of symptoms. You can also carry and pass on the virus even with no symptoms. 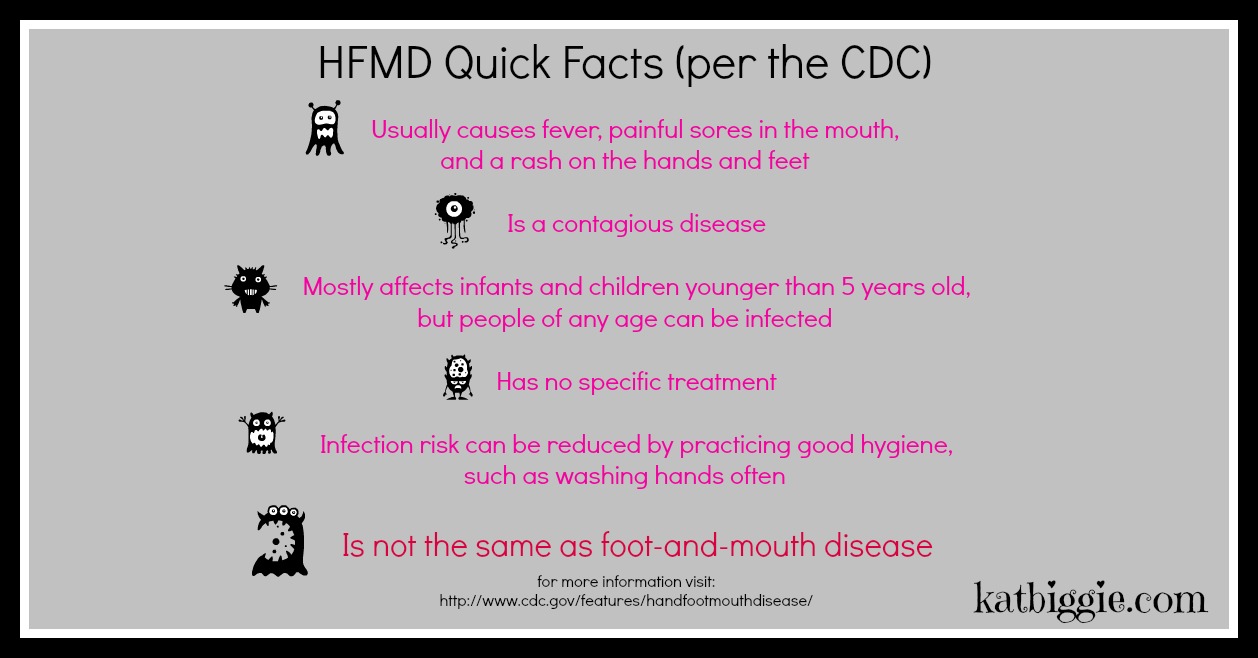 Here’s how different it was with my 3 kids:

We did not even consider anything other than bug bites until after the girls got sick.

Bug’s feet: (ignore the dirt on them!) 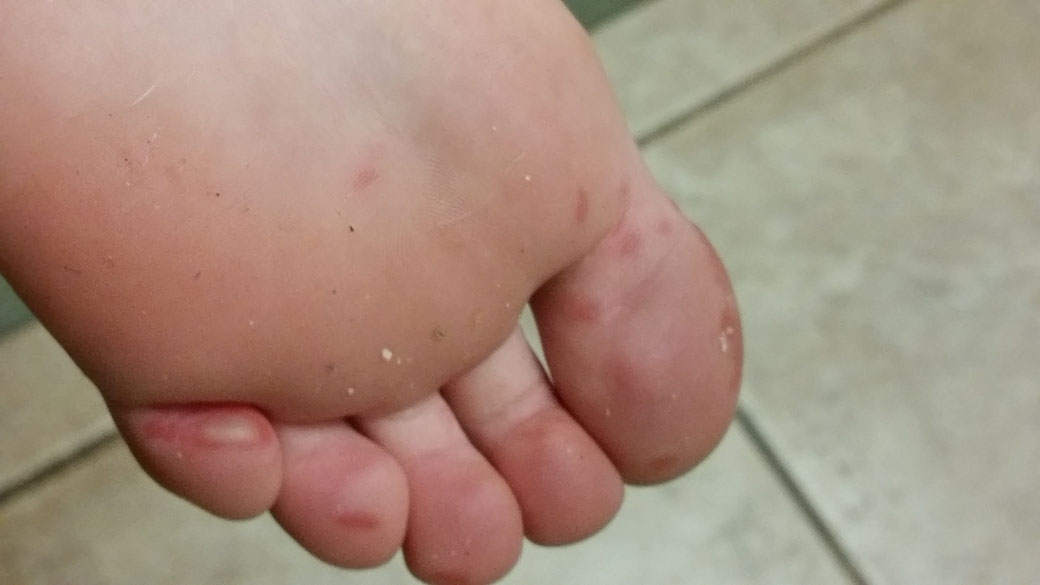 So how serious is Hand Foot and Mouth Disease?

It’s more gross than serious. Annoying as all get out. The poor things itch like crazy. It can get scary if they have high fever. The biggest concern for many of them is dehydration and not eating if the sores in their mouths and throat hurt too badly. (And in rare cases they can develop some very scary, fatal complications – like brain inflammation, and polio like diseases. Yikes!)

How does it spread?

It is highly contagious and can be passed through mucus, saliva, the blister fluid, and feces. You are most contagious for the first week.

With warm, soapy water. It’s flu season, you should be washing your hands like a fool now anyway.

How long should I keep my kid out of school?

I’m not an expert on this topic – so this is my OPINION. (Based on a conversation with my pediatrician, my husband, and lots of reading.)

It’s a virus, and unfortunately, just has to run it’s course. However, the pain and discomfort can be treated with over the counter, age appropriate fever reducers and pain relievers.

Prevent dehydration with plenty of fluids.

Ice cream, jello, Popsicles, and so forth are good for sore throats.

We found Caladryl, Gold Bond Triple Action Relief, and a home remedy of coconut oil and essential oils have helped greatly with the itching and the blisters.

Finally, a week into it, the itching has stopped for Tiny, but the rash remains. I’ve kept her fairly quarantined when possible, and I believe we are on the road to recovery.

Visit the CDC for all you could possibly want to know about hand foot and mouth disease!