“Oh no buddy, what happened?” I could tell by the way my son held his head low and slithered into the van at pick up on Monday that something was not right.

“I don’t even want to tell you about it,” he stated.

“Did you have a rough day?”

And then he just started venting. The whole way home. I’m not even really sure what actually happened, what was embellished, and what was just normal seven year old drama. But he was upset. And from what I could glean from his confusing story, he’d been bullied all day long. By different people and for different reasons. And he was feeling down.

Normally when we get home, he goes to watch his sacred 30 minutes of cartoons while eating a snack, but this day, he says “Mom, I’m going to write a song. And it’s called ‘All I Know is Pain.'”

And that’s when it hit me.

My son has caught my depression.

Can you catch depression?

I wanted to know, so I googled it. Turns out, according to this article Depression and Loneliness Are More Contagious than you Think, the answer is YES.

If you spend enough time around someone who is depressed or lonely, it actually can transfer to you. And goodness knows, I have not been the happiest of mamas.

March and April are always especially difficult because I spend so much time devoted to fundraising for March for Babies – talking about Kathryn and re-living and remembering. Then add in my campaign for grieving mothers – which added a lot of unnecessary stress and commitments that left me overwhelmed and exhausted. It put stress on my marriage, stress on my children.

Followed by Return to Zero, which quite frankly, knocked me on my ass. I didn’t expect it, but it did. Perhaps it was the fact that it aired around the one year anniversary of the stillbirth of my friend’s baby. I don’t know. But it broke me.

And now I am terrified that my brokenness is breaking my child.

I also googled signs of depression in children. I found a fantastic article on WebMD that lists the following:

Signs and symptoms of depression in children include:

While it says it is VERY rare for a child under twelve to attempt suicide, it has happened.

More importantly, often these signs get overlooked in children because they can all be normal in young children as well.

I could check off many of these items for Bug. Is he depressed, or did he just have a bad day? He’s always had a flair for drama.

My quick google research shows me that depression is also genetic. It can run in the family. It runs in ours.

Starting from about the time I turned 12 until well into high school, I displayed every.single.one.of.those.symptoms. And I was so very, very, very angry. I hid it well (except from my family, who just thought I was a raging hormonal bitch) and I fought it. Without help, without drugs. With a lot of Tesla, Poison, Skid Row, and of course, Kix.

I didn’t know it until many years later, but I was severely depressed.

Considering this was my anthem, I don’t know why no one caught on.

We’ve had a rough three years.

I know what he feels when he says those words “All I know is pain.”

I don’t want my son to hurt. 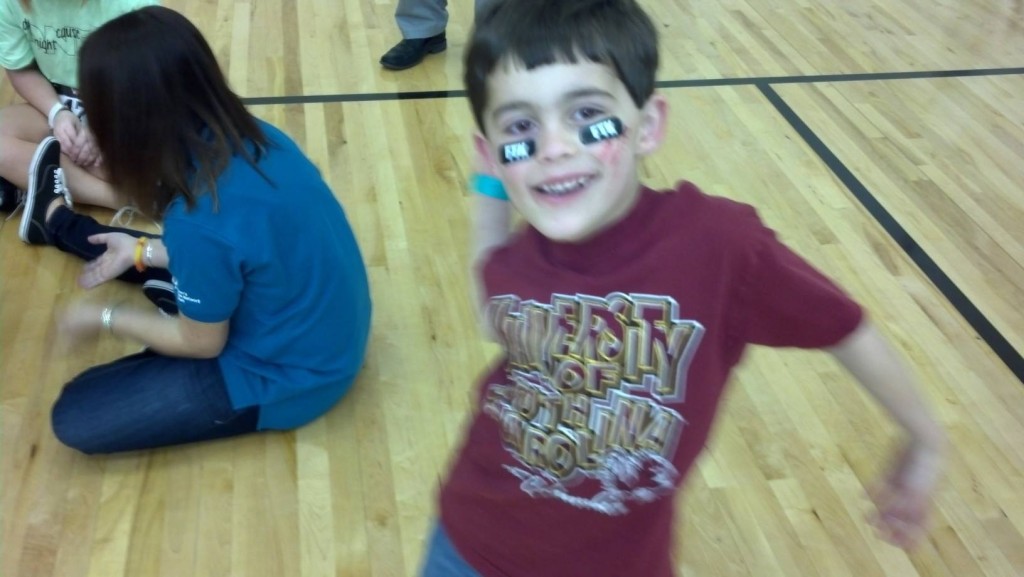