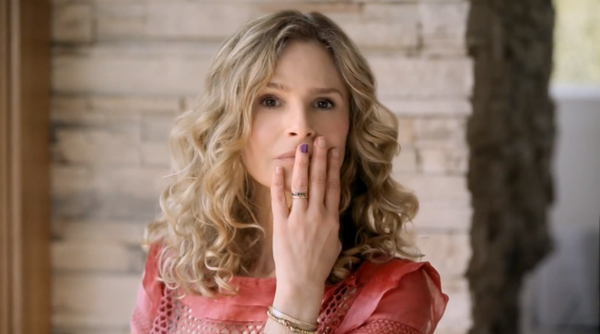 Wouldn’t it be nice if we could completely eradicate domestic violence by having a bunch of super stars paint (or even better Jamberry!) their ring finger purple? So, it’s maybe not so simple. The #PutANailInIt campaign is an awareness campaign and a fundraiser for the organization Safe Horizon, New York-based organization that supports domestic violence victims.

“Our intention was to spark a conversation with a provocative campaign direction and then show the rest of the world that we supported the movement through the painting of the nail,” said AnaLiza Alba, a creative director at Arnold. Since the PSA’s launch over the weekend, the hashtag #PutTheNailInIt has scored Safe Horizon 850 interactions on Twitter and more than 520,000 impressions.

“Putting the nail in it” might seem like an aggressive image for an anti-violence campaign. But Peter Grossman, president of Arnold New York, said his team recognized the double meaning when it first proposed the idea.

“We liked that it was provocative and pushing the boundaries, and we thought it would help it to stand out and help drive the conversation,” Grossman said. Both Arnold and Safe Horizon wanted a memorable message that still had a sense of fun.

Can you help? Will you check out the #PutANailInIt campaign and make a small donation to help women who need to escape? It’s important. It matters.

And where your purple nail proudly!