I waited way longer to register Tiny for Kindergarten than I did with Bug or Bean. Not because I didn’t have the time or I didn’t make the time, but because my heart was truly heavy at the prospect. I didn’t want to do it.

Yes, she is the baby of the family. But it’s obviously more than that.

It’s another major milestone that she is crossing without her identical twin sister, Kathryn.

I wanted so badly to be carrying in paperwork for two little girls.

But eventually, I took the steps. I registered her. And my heart hurt the whole time.

Last week Tiny had her Kindergarten assessment. (Yes, our school assesses the Kindergartners and I think it’s a wonderful thing. They like to have a baseline assessment of where the children are since some come from preschool and are writing their names and counting high and others don’t even know their alphabet. It helps them balance the classes and has worked very well.) As I filled out the paperwork, there was a section that asked us if we needed to know anything about Tiny. I explained that she was a micro-preemie and I’m always monitoring her for delays, but she seems to be right on track. And then I added a statement about her sister. I wanted her teachers to know that she often talks about “Kwafwyn” – her baby sister that died, and who Kathryn is and that it’s not something to be worried about, but rather a very important part of our lives. Because she is, and she always will be.

But I realize it can be disconcerting to hear a child talk about a dead sibling, so I felt it fair to give a little heads up.

And partly, I wanted it documented somewhere that Kathryn should have been there too.

The next day, Tiny attended a half-day Kindergarten Camp. My husband snapped this picture of her.

My sweet girl looks so nervous… hubs said she did great, but how I wish she had her twin there to hold her hand. She should have been there too.

She should have been there too.

I know it makes some people feel weird that we keep Kathryn as active and involved in our lives as we do. But the fact is if you’ve lost a child, you know like I do that the baby doesn’t just “go away” – just like a deceased mother, father, sibling, spouse, or anyone else you care about who you have lost does not just “go away”. She’s always a part of our lives. There’s not a major milestone that ever passes in which we don’t wonder what it would have been like with both girls.

The first day of Kindergarten will just be yet another milestone that passes without her. While we do not take away from the moment with Tiny, while we will not let it ruin the day or the event, while we do not take for granted how blessed we are to have escaped TTTS with at least one healthy survivor, it will be bitter sweet. I’ll be missing my other daughter even while celebrating the one that is living.

For all you mamas who have to face the first day back to school, knowing that you should have had a Kindergartner starting this year, my heart is also with you. Time heals the wounds, but the scars stay for ever, don’t they?

And for those of you who care to judge anyone who you think should be “over it” by now –  I’m thankful you’ve never had to experience this type of loss and pain. Compassion is more helpful than judgment, particularly when someone is facing grief milestones.

Want to read more about what life is like for families who have gone through TTTS? 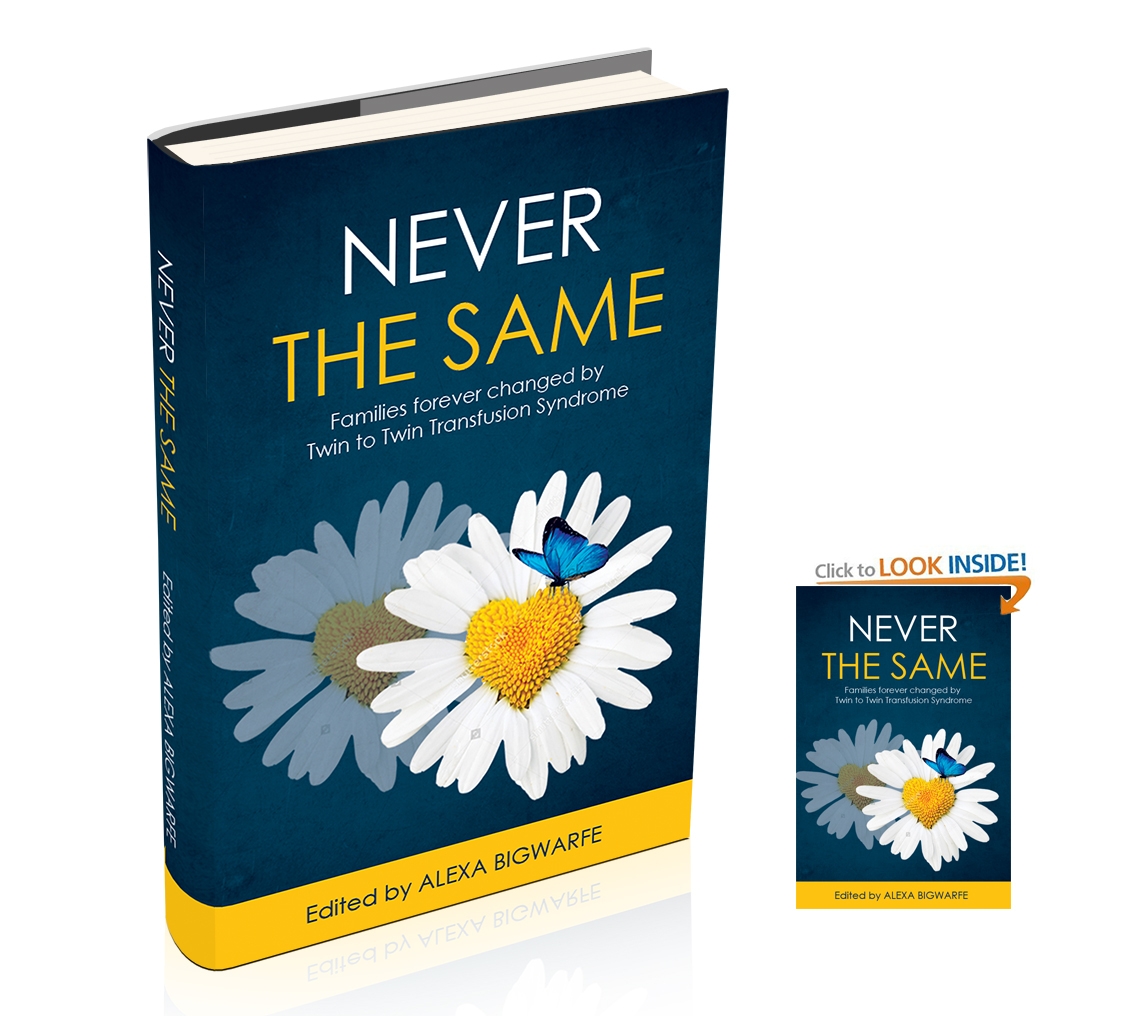