You MUST watch this short preview for the film The Candy Shop. The film is a Fairytale/Parable about the child sex trafficking epidemic that is a major problem all over the U.S. This particular video was made in Atlanta because of the huge problem there. This film was made not only to raise awareness but provoke meaningful action towards this issue taking place in our own backyard.

“If there wasn’t such a need, there wouldn’t be so much business, now would there?” Creepy Candy Shop freak.

According to Street GRACE, an advocacy group whose mission is to stop the exploitation of children, approximately 500 children are trafficked for sex in Georgia every month.

Do Something About “The Candy Shop” #SexTrafficking for Her and Others Like Her! Momvocate!

You want to make a difference? Keep Reading!

Another film that brings attention to the severe problem of sex-trafficking in the United States is The Long Night, by Seattle-based filmmaker Tim Matsui. As a mother of two daughters I knew and cared about the effects of sex trafficking in poorer countries, but here in the United States — this is terrifying! I first learned about this several years ago when I was working in Homeland Security, and it scared the bejeezus out of me. The problem is only continuing to get worse.

Tim Matsui’s film has gone on to win every major documentary film award out there.

Tim just launched a Kickstarter campaign to help people screen the film easily in their local cities in order to spread the message about sex trafficking.

I hope you will give to this Kickstarter (as low as $10) and SHARE THIS with everyone. There are so many girls out there who are on the streets right now with nowhere to turn and with little help. Spreading awareness and supporting this cause will help them! Join Social Good Moms in this effort to make a difference!

If you are a victim, or know someone who is:

The National Human Trafficking Resource Center (NHTRC) is a national, toll-free hotline, available to answer calls from anywhere in the country, 24 hours a day, 7 days a week, every day of the year in more than 200 languages. The NHTRC is operated by Polaris, a non-profit, non-governmental organization working exclusively on the issue of human trafficking. We are not a government entity, law enforcement or an immigration authority. 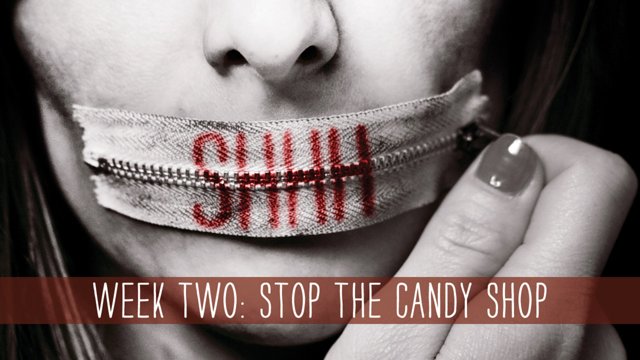