“Ewwww!” I squealed! Please tell me those are not also in Qatar?

“Oh I am sure they are!” laughed my friend Ryan, who was showing me pictures of giant spiders documented by soldiers in Iraq. Darn him for showing us those pictures.

“Lemme see!” my friend Alicia piped in. We both squirmed as we looked through pictures of enormous spiders and spider bites on soldiers in Iraq and other parts of the Arabian peninsula. 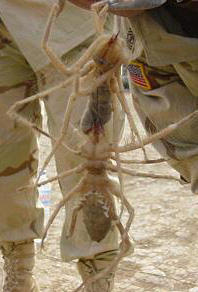 I started to hyperventilate as I imagined one of those creatures crawling into our tent.

I am TERRIFIED of spiders.

There I was, in the middle of the desert supporting a war against bad guys, but I just learned I might also have to fight of a giant arachnid. It made my stomach churn.

As our shift ended, Alicia, Ryan and I left the Squadron building, caught the shuttle back to tent city, and walked back towards the tent we shared with 10 other women. It was already dark outside, but the whole place was well lit with very bright street lights. We traipsed across the gravel through the rows of tent, sweating in the heat and 100% humidity, even at eight p.m.

We were chatting about the events of the day, when Alicia started screaming bloody murder and tried to scale me like I was a rock climbing wall.

Out of the corner of my eye, I saw what she saw. Soon I began screaming. I tried to run, but Alicia was clamped on to me and I was not moving quickly.

So for a few seconds we were both just screaming and flailing around, as onlookers stared at us with wide eyes.

I’m not sure what was funnier.

The sight of her literally trying to climb up onto my shoulders to escape this fast moving ENORMOUS critter while I was trying to get out from under her and run; all the while screaming high pitched, blood curdling screams…

Or Ryan’s howling laughter at us…

OR the stunned look on the Airman’s face as he tried to figure out why we were screaming and running from his remote control car….

Yes, it was a remote control car.

Our overactive imaginations saw something big and fast dart across the gravel path, and assumed we had an enormous spider on the hunt for us.

We sheepishly tried to regain composure, to the sounds of people howling in laughter, in what could only be described as a moment of pure hysteria by two young 1st Lieutenants.

Soon we were also laughing hysterically,  back to the tent.

We had some unexpected adventures on our deployments. Although it sucked to be far from home and I hated that we had to be there, those were also some of the best and most intense days of my life. And I was surrounded by good friends, like Ryan, Alicia, and so many others who made those long days bearable. 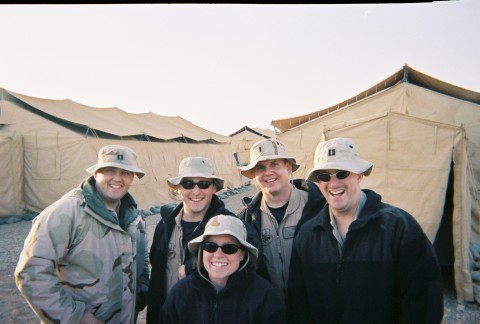 Me with the C-130 crew I flew with on an Airdrop into Iraq.

My life is a far cry from what it was like when I was in the United States Air Force. While I wouldn’t return to that lifestyle now, I am proud of that time in the service, proud of my husband, brothers-in-law, father, father-in-law, grandfather, cousins, uncles, and friends who have or are currently serving this great nation.

May God protect those who are in harms way.

Ryan – I will always remember you and your warm smile. You always made everyone laugh. 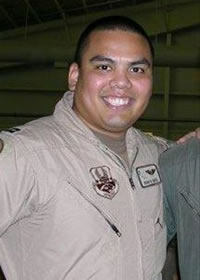 It is also in loving memory of my grandfather, Larry Kennedy, who I never met. He was killed flying an F-100 in a training event long before I was born. 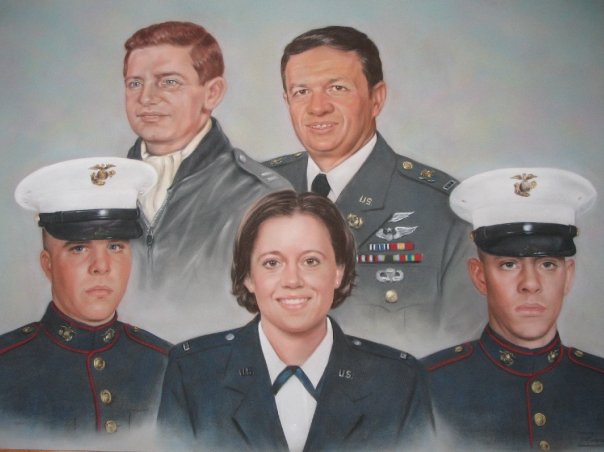