Since it is December 11th and yesterday was Tiny’s (and Kathryn’s) first birthdays, and tomorrow is the one year anniversary since we lost Kathryn, I thought this was a great Tuesday to feature my own battle with TTTS.

We were officially diagnosed with TTTS at 20W and 2 days during our regularly scheduled Anatomy ultrasound (U/S).   My doctors notes from that day state: Anatomy u/s today reveals TTTS. One fetus with poly/90% pericardial effusion/ascites. Other baby with oligo/10%. Discordance 46%. Will need to transfer to MFM.” Translated that means – one baby has way too much fluid at 90% and the other has 10% and there is a 46% difference in their sizes.  Baby A (Kathryn) was 50% too large at the time and Baby B was 50% too small.  Their weight differences were 100% (16 oz and 8 oz.)

Thankfully, that doctor was wrong.  And since then I have come to realize that many OB/GYNs know very little about TTTS and because of this lack of knowledge, babies are lost.

September 28, 2011 I was hospitalized immediately.  The next morning the Maternal Fetal Manager (MFM or high risk OB/GYN) visited me and began to tell me about our options.  We could do nothing, and both babies would die.  We could proceed with an amnio reduction (reduction of the fluids in the amniotic sac to try and return the babies to a normal balance) or there is an option of laser surgery.  However, the doc told that due to the fact that I had an anterior placenta (on the front of my abdomen in front of my belly button), we were ineligible for the laser surgery, so our only option was amnio reduction.  (Turns out this was also incorrect information – many women with anterior placentas are able to pursue the laser ablation surgery. Some have success, some do not, so I do not dwell on this bad information.) 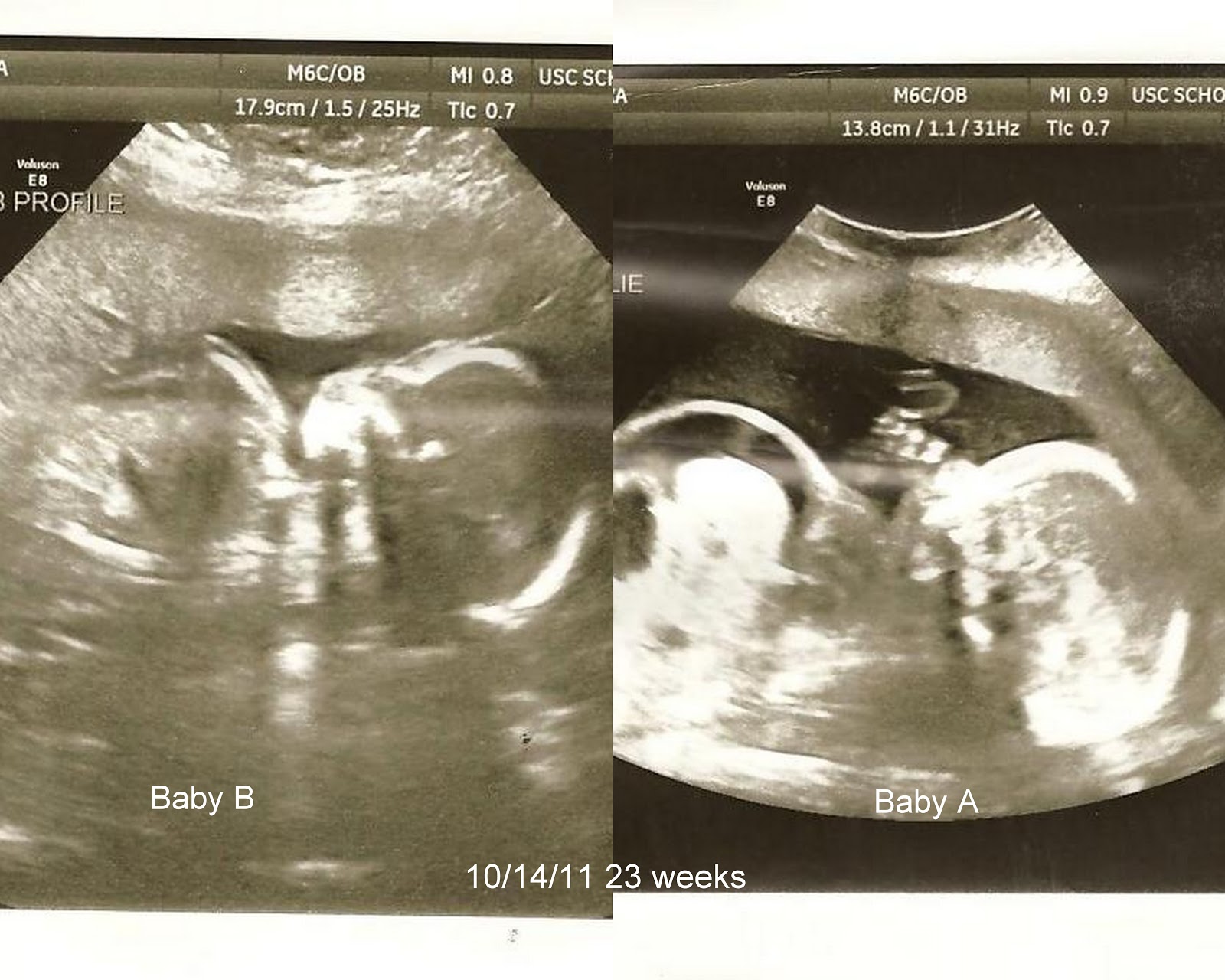 The following week showed no improvement.  Kathryn continued to take on fluids and the little baby was growing very slowly.  At our appointment on 11/1 the doctors notes stated:  “Baby A has 6.6 Fluid, Baby B had 2.0”; the comment was made that “Twin A has worsening hydrops.”  It didn’t look good.  All of us cried (the nurse, the u/s tech, me) as the doctor began to offer us other options. One option to consider was going to the Children’s Hospital of Philadelphia (CHOP) to have a tubal ligation – a procedure to terminate Kathryn at this point because she had such a small chance of survival and keeping her alive was threatening the chances for Baby B’s survival.  Baby B was still so small, and growing so very slowly.

On 11/8 baby B’s fluid levels dropped to 1.2 CM.  Not good. The intertwin discordance was 70.5%; but worse, reverse end diastolic flow (REDF) was identified.  In a nutshell, she was starting to return fluids back (reverse flow) and this was very bad.  We were once again admitted to hospital – and this time we believed delivery was imminent. 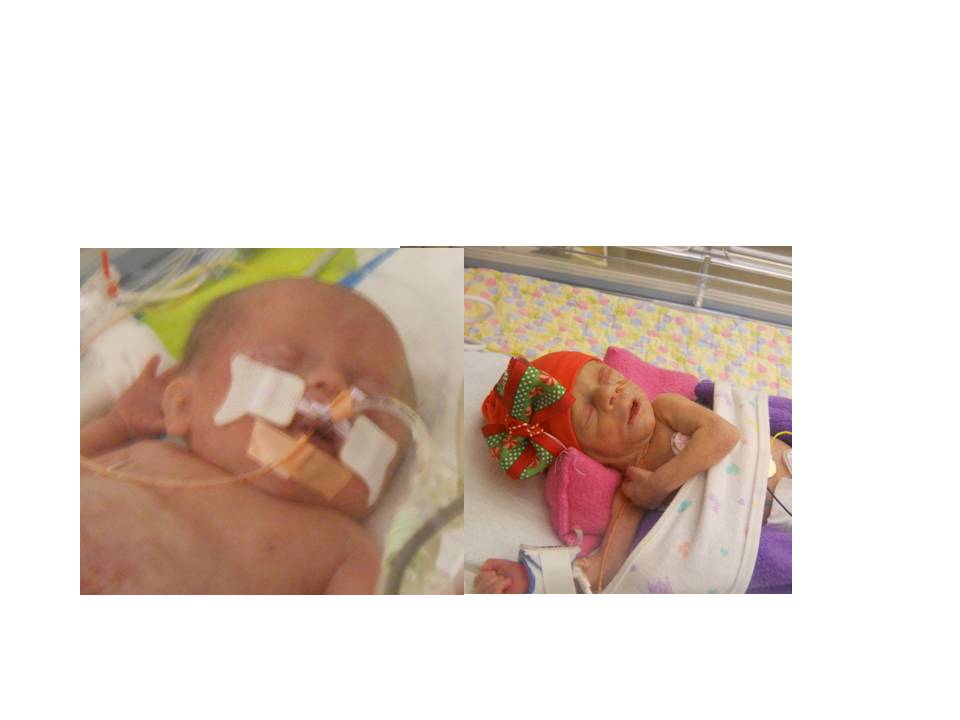 Although they were able to somewhat stabilize her for the next 24 hours, they were unable to stop the fluid from continuing to build up, and her arterial blood pressure remained too low.  Despite a good fight, Kathryn died on day 2 of life (after 52 hours) “with complications of respiratory distress and congenital heart disease.” Her death certificate however directly states cause of death as “hydrops fetalis.” 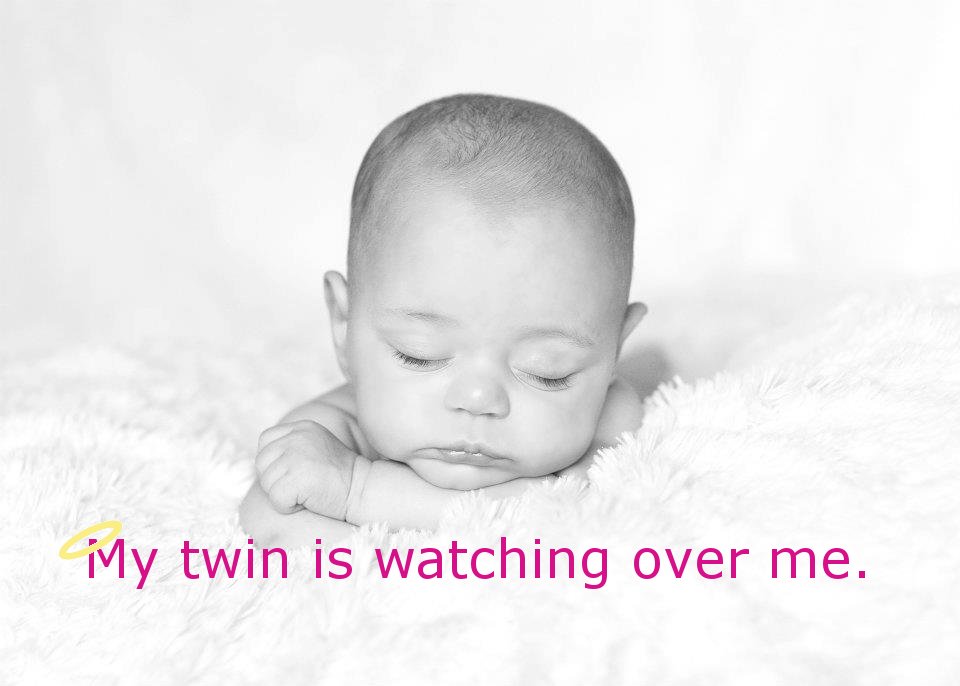