Melissa was so sweet when she sent me her story.  She said that March 5th is the boys 6th birthday, and if I could, it would mean a lot to have their story today.  Of COURSE I could! A bittersweet birthday, one here, one in heaven, but we celebrate both boys!

What struck me when I opened up her story was that the ultrasound picture that she has is almost EXACTLY the same as one that I have of my girls… heads right next to each other, just hanging out! I felt immediately bonded to Melissa.  Her story is an amazing story of faith and love.

Please wish Micah and Spencer (angel) a Happy 6th Birthday as you read their story, written by their mother, Melissa.

When people hear about TTTS experiences, I think they expect it to be a story with a beginning, middle, and end. The truth is, there is a beginning, but the story never ends. TTTS is life-altering. Regardless of quality of care, regardless of outcome–all survivors, some survivors, no survivors–it changes your life: it changes you.
There is nothing else in the world like being told you are having twins (or multiples). As soon as you get over the shock, joy sets in and you start making plans and start dreaming dreams, and you feel special. You’re having twins! And then TTTS tears the joy away, and it makes you afraid to make plans and dream dreams, because now your only hope, your only prayer is that your babies will live. That they will survive long enough to hold them in your arms. Beyond that is too painful to even think about. And for those that are never diagnosed, they don’t even get that transition. They go straight from dreaming of hands full to weeping with hands and arms empty.
Regardless of the beginning of the story, TTTS continues to be a part of your life, for the rest of your life, because it alters the way you look at things. It alters what is important to you, and it changes your dreams, plans, hopes, and fears. Your innocence is gone–and will be forever.
The following is the beginning of our story and how our innocence was–and continues to be–changed.
My story begins with a prayer. I had three boys and knew I wanted more children, and I had an overwhelming desire to have twins. I know, crazy! But I did, and I prayed and prayed and prayed to please let me have twins. I was just a little (or maybe a lot) obsessed, and the desire just kept weighing on my mind. Finally I said, “Heavenly Father, I really want twins, but nevertheless, Thy will be done.” And then I felt peace, and I knew that regardless of what happened, it would be God’s will. And it would be okay.
Well, I got pregnant. And my pregnancy was different enough from my other pregnancies (don’t worry, no details) that I was pretty sure it was twins. I didn’t want to hope too much, but I was reading about twins, looking things up on the Internet about twins, and just felt like it was twins. We had our first scan at 12 weeks. The day before had been a rough one (three little boys can be overwhelming sometimes), and I convinced myself that there was no way I was having twins because I couldn’t even handle the three I already had. So my doctor starts scanning and says, “are you sitting down?”, to my husband, “because their are two babies in there”. All I could do was laugh…. We were having twins! We went out in the parking lot and called our parents right away. I started making plans and figuring out how to arrange the house, and where to keep diapers, and play sets and everything we would need. I started thinking about freezer meals and mom and mom-in-law coming to help. I thought about a million things all at once, and over and under and around and through it all was this tremendous joy. I went out that day and bought a book about twins. And then I went home and read it. I remember reading a short page and a half about TTTS and remarking to my husband “we really don’t want to get this” and reading out loud the part about 5% survival rate with no treatment… 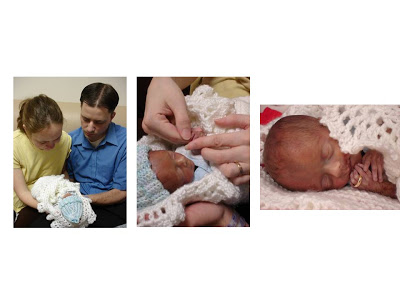 And then, concerned for our other son, we decided to go ahead and see what the doctors had to say.
So, care conference number two: “Micah is probably just a few days behind his brother.  You should really consider just letting him go with his brother.” We sat and talked about it for hours. If the doctors were right and he was going to die anyway, why prolong the pain? Why have to put their brothers through the pain of losing one brother, and then a few days later, losing another? If we were going to have to say good-bye twice, let’s just do it now.

But what if- what if the doctors were wrong? Can we really handle letting him go? We just didn’t know. We felt like either way we decided would be okay: not right or wrong. And so, not wanting to wait, and then go through all of this again, we made the decision to let him go. And we went to visit him, and we were again unsure. He looked like there was nothing wrong (other than prematurity), so my wise husband said, “If we don’t know for sure, then we should wait to make a decision.” And so we did. That night we told our three older boys that Spencer was very sick, and had gone home to Heavenly Father and Jesus. We had made an effort beforehand to teach them about God, and when we were first diagnosed, about heaven. The next morning the doctor called for permission to perform a simple procedure (having to do with his IV), I felt like if we were going to let him go it would be pointless. I looked at my husband and said, I think we need to stick to our original game plan, if he gets worse we’ll let him go, if not we hold on. He agreed.

That Saturday day we laid our precious child to rest- it was the only time I saw my husband cry. 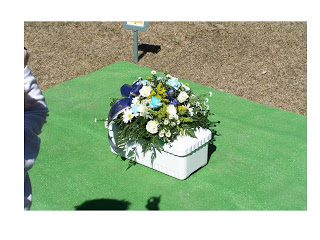 And then started a three-month-long NICU ordeal. After holding steady for three long weeks, my Micah started improving. My husband and oldest son stayed at home for school and work, and I and my other two sons lived with my in-laws during the week since they were closer to the hospital and so my MIL could watch my two boys while I went in to the hospital every day to be with Micah.

On the weekends, we would go home to give my children a sense of normalcy and so we could be together. We would go to church Sunday, and then my husband would drive down to spend a few hours with Micah and then come back. Then on Monday, we would do it all over again. My in-laws would usually go in on Saturday so Micah had someone visit him every day. He was on the ventilator for six weeks. It was just over six weeks before I was able to hold my baby in my arms, outside of the incubator. He was on CPAP for two weeks after that, and when he made it to oxygen, it was discovered he had hydrocephalus and had to have brain surgery to place a catheter and a tube draining the fluid his brain couldn’t absorb due to his brain bleeds from his brain to his abdominal cavity. He was just two months old, and still six weeks shy of his due date.

Up to this point, Micah had not been able to eat anything by mouth. I wanted to try breastfeeding him. We tried, and the doctors were so kind. They let me discover on my own timeline that my little boy was not capable of getting food that way. They wanted to place a G-tube, but I wanted to try a bottle before that, so I asked what a realistic time frame would be, and then requested I have that much time to try a bottle. So, with much coaching from nurses and the Occupational therapists, we tried the bottle. And he did it! I had to count sucks, and remind him to breathe, and it took over an hour sometimes, but he did it! A week later, 96 days after he was born, my Micah came home. His official diagnoses were/are Cerebral Palsy, Optic Nerve Hypoplasia (his optic nerves were smaller than they should have been- which meant he was visually impaired), chronic lung disease, reflux, and medically fragile (susceptible to getting sick). The neurologists said that Micah would probably never walk, never talk, with a more than 85% chance he would never progress beyond infant stage. Despite everything, he is the happiest little blessing in our family. Micah gets joy out of life, and shares it with us. He has proven the doctors wrong by living, and is slowly proving them wrong by continuing to progress, slowly but surely.
All of the dreams that existed before TTTS are dead now. Our hopes, our dreams, our outlook on life has all been altered. We have been altered. It is now six years since my twins were born, and TTTS continues to shape our lives, as each day we miss our sweet Spencer, and each day we care for Micah. However there is one thing that TTTS has not, cannot change. And that is how much we love our boys, our identical twins, Micah and Spencer. Happy Birthday boys! Mommy loves you, and she always will. 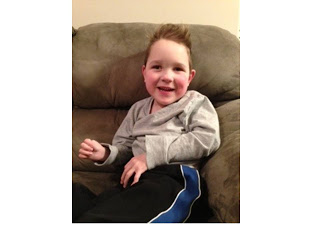 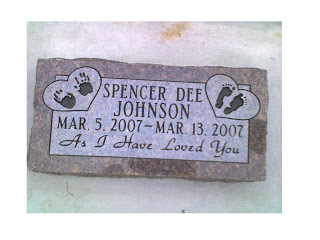