Has this scenario ever happened to you?

I ran across the store floor with my two year old daughter in my arms. As I approached the store employee, who was shuffling through clothes with a bored look on her face, I asked in a panic, “Do you have a bathroom we can use? She really needs to go.”

She looked up at me and said, “No ma’am, we sure don’t.” And went on about her business. 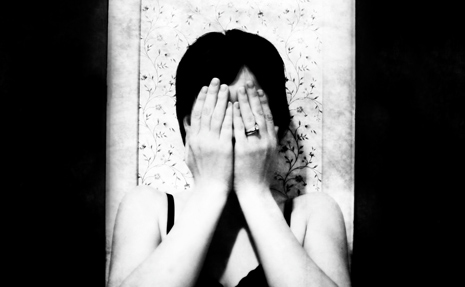 I didn’t mean to sound like a total ass-hat, but it came out that way. “Well then my daughter’s probably going to have an accident in your store.”

It was not a threat. It was not meant to be an “I’ll show you!” moment. It was just a fact. She’s potty trained, but I know when she says she needs to go, she needs to GO.

My daughter was wiggling and crying by that point. I set her down because she was getting too much for me to handle, and I needed to adjust my bag and stuff. “Try to hold it baby,” I said to my little girl.

I hurried her toward the door of the store, but could not get there.

My daughter peed – and pooped – in her pants. Right in the center of this store.

Horrified, I scooped her up, dashed out of the store, ran to the van, got the “emergency” bag, (thank heavens I actually had it with me!) and proceeded into the deli next door, where I cleaned her up and changed her clothes in their public bathroom.

I was embarrassed, no doubt. But I was something else too.

What kind of person has absolutely no empathy for someone in a moment of need?

Why are some women such pisspots?

Truth be told, from the second I walked into that store, I felt like a second class citizen.

It’s a consignment store. A new one in our area. I did not realize that this particular store is geared toward young, trendy girls and young women. I am neither young, nor trendy, but I did have a pair of Ralph Lauren jeans, new with tags – about four sizes too small that I bought in one of those futile attempts to motivate myself to shed some pounds.

I had some other items that I thought fit in with the other clothes I saw on the racks.

But saleslady A had a different opinion.

I approached the counter, my arms loaded with clothes, a cute purse (at least I thought!) and some shoes, and my two year old at my side. The lovely associate at the counter quickly sized me up, asked me if I’d sold there before, and then, with what I’m sure she thought was a polite tone, stopped me as I reached for the pen and paperwork to consign.

“This store sells to young, trendy women. I don’t want to waste your time… you may just want to take your items to ‘such and such’ consignment store.”

My cheeks burned. Instantly, I felt 16 again, shut out from the trendy girls in their Express clothes while I wore my Target specials.

In a moment of pure lameness, I blurted out, “But I have these jeans! And this purse!”

She looked at the jeans, and pulled out another shirt in the pile. “I suppose I could take these two items.” Consigning is really a humiliating experience in general, isn’t it? Taking items that may have been at one time very precious to you, or at least items you thought were nice and having someone else wrinkle their nose and treat it like junk.

“Fine, sure.” I didn’t want the trip to be completely wasted, after all. I started to fill out the sheet, and then realized Tiny had wandered off some place. I wasn’t too concerned, she couldn’t go far. This is a new consignment store and since they are not yet open for business, it was only me and the two sales associates in the store. But I did start to get that sensation of panic when your little one wanders off and you assume the worst.

It’s a big store. I called out for her and started running toward the back. Tiny was not responding, and I was getting a little worried that maybe she had figured out how to open the front door while I was stewing over the rudeness at the front counter.

I saw sales associate number 2, who not only did not offer any assistance in helping me as I frantically called out for my child, she didn’t even say hello. She could not be bothered.

I know. Who am I to think that I was deserving of a greeting from a much younger, much trendier young woman? I mean, after all I was in a black t-shirt, mom jeans that are a tad too short – some may classify them as high waters, but they are the only jeans that fit me comfortably after the last couple weeks of indulgence – blue Birkenstocks, and some wild fuzzy socks. I know what I looked like.

But I still look like a human didn’t I? What’s wrong with people that they can’t even show you the decency of asking if she could help me, or even asking me who/what I was looking for? Something? Anything?

Instead, I just got a “why are you in my store bothering me?” glare.

So, when I found my daughter just a few moments later, and ran back her way, I should not have been surprised that she told me they do NOT have a bathroom.

I understand they don’t want everyone using their bathrooms. I get it. But, they aren’t even open for business yet.

I had the Taylor Swift song “Shake it Off!” running through my mind the rest of the day. “The haters gonna hate, hate, hate…”

The salt in the wound was that I still had to return 20 minutes later to collect payment for the jeans and t-shirt.

So much for the Ralph Lauren new with tags…

Would it be totally wrong to say I was a teeny, tiny bit glad my daughter peed on their floor?

I know, I know… take the higher ground.

But darn it, it’s hard sometimes.

Get Our Book: Lose the Cape! Realities from Busy Modern Moms and Strategies to Survive