If anyone has a good reason to be angry, it’s me, (and anyone else that has lost a baby or a child) but I don’t want that kind of energy in my life.  I still have three little people that depend on me.  And I set the tone for their attitudes and behavior.  Also, I just don’t want to spend my time getting worked up about what other people do, dragging others down with me into that yucky mucky.  I don’t have the energy.  There is such a focus on bullying in schools these days, but if you take a good look around you, there is bullying going on around all over the place. And just plain old mean spiritedness.

Count me OUT!  And don’t be offended if I choose to remove myself from environments that foster negativity.

After my daughter Kathryn died, my doctor recommended that I check out some of the support groups on Facebook for Twin to Twin Transfusion Syndrome (TTTS).  At first I was so busy with the other baby who was still in the Neonatal Intensive Care Unit (NICU) and trying to survive life balanced between the two small children at home and the one in the hospital, so I did not immediately follow this advice.  However, after a few weeks, when I could feel the grief setting in, I decided I should seek out comfort from others who have experienced the same or similar loss.

Boy, was I in for a surprise.  There is SO much anger on some of those grief support pages!  And not just anger at God or some other higher being (which you could expect to be a little normal) but anger at other people.  There are many mothers/fathers who have lost one or both twins who dislike, no despise other parents of twins.  There was little comfort to be found on some of these pages.  However there is much darkness and loathing.  There are some people who truly are there to offer encouragement and love, but are often overshadowed by the hate…  sadly there are some there who are just grieving this terrible loss of one or both of their babies, and they need to be heard, they need to be comforted, they need someone to hear their stories and love them.  It bothers me that the bitterness and hate of some people may actually poison these others in their vulnerable state.

I want no part of the bitterness.  I understand the anger.  I am angry at TTTS.  I am angry that my baby was sick and I only got her for two days.  But I GOT her for two days.  Some did not even have that.  But I don’t want that anger to overtake, spoil my life, spoil the joy of others around me, and most especially impact my children and my family.

So I try to be as uplifting and encouraging as possible, all the while knowing that you have to be in a place to accept encouragement.  I don’t allow myself to be dragged down by the hate. I try to set a good example for my children of love and caring and compassion. Treat others the way you want to be treated, and all that jazz.

Through this journey I have also met some absolutely wonderful people who have also fought this terrible disease, with a wide variety of outcomes.  Wonderfully spiritual, uplifting, optimistic, thankful mothers and fathers who have chosen to celebrate rather than become mired down in anger.

These are the people I want to surround myself with, and to model myself after.  These are the types of adults I want to raise my little people to be like.  And that is sometimes hard to to do!  There is so much opportunity to be mean, to make fun of others, to be so focused on proving that your way of thinking is the RIGHT way of thinking, and if someone else doesn’t follow that, than they must be stupid.

Although there is much to be said for nature and nurture, I know for a fact that there might be more to be said for the example set for them (which I suppose could technically be nurture… semantics!!)  My little mimics make sure I know where I am going wrong.  Like the day my son came home from school and said, “Mommy, we don’t SAY ‘what the hell?!!’ at school!”  Good job mom!!

But then, in the last week, I’ve seen some examples that I’m doing ok with teaching my children to love.  The other day both of my “talking” children must have told me they loved me about 100 times.  The next day my son gave his beloved Buzz Lightyear to his cousin, just because he knew his cousin wanted one and my son no longer plays with it.  And then yesterday as I walked across the back yard to take some food to the compost pile, my two year old daughter opened the back door, stepped out, looked at me and said, “Hello Beautiful!!”

So maybe I am nurturing something good in them after all! 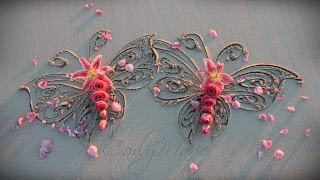