Advocacy Day for the March of Dimes!

I did go to Washington, DC and I had a fabulous time! And I worked hard!

I promised I would share a recap of my trip and the important initiatives we are currently working on.

I was really lucky to be invited by the South Carolina chapter of the March of Dimes to attend the Advocacy and Governmental Affairs Conference and “Hill Day” in September. Thankfully, our Advocacy Day was the week prior to the shutdown, so we were actually able to accomplish our mission!

We gathered together, hundreds of MOD employees and volunteers, for three days to discuss the 2014 Advocacy agenda, learn about new programs and successes, learn from the experts, get a quick education on the Affordable Care Act and how it may impact our programs for preemies and healthy pregnancies.

I had the great fortune of discussing, one on one with the Vice President of Government Affairs for the March of Dimes, a strategy for improving and increasing the amount of ultrasounds required in South Carolina for multiples pregnancy, and that is next on the list of challenges for me to conquer. Multiples pregnancies are all so high risk, they really need to be monitored earlier and more frequently, and it should not be a “judgement call” on the part of the OB, but a mandatory requirement. More on that another day…

I also had the extreme pleasure of talking with the new Chief Medical Officer for MOD, who encouraged me to gather information on the numbers of pre-term births associated with Twin to Twin transfusion syndrome so that MOD can look at publishing info on their website and potentially funding some of the research going on for TTTS. Very exciting stuff!

We also spent a good bit of time preparing for our “storming of the Hill.” Capitol Hill, that is. And we didn’t really storm it. We went gently and kindly and visited as many of our elected officials as we could.

We met with staff from Senator L. Graham’s office and Representatives Clyburn and Rice. We were actually able to have some face time with Senator Tim Scott, who was very receptive to our “asks.” 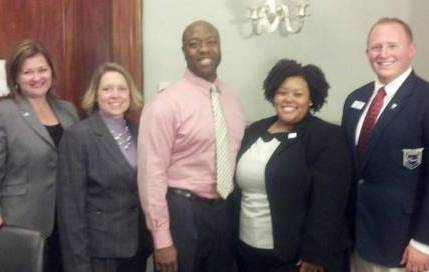 We had three “asks.”

One – swift passage of the Preemie Reauthorization Act (which the Senate passed while we were in town! Woohoo!)

Two – we urged them to strongly consider saving programs that help mothers and babies, pregnancy, pre-term births, or those with birth defects as they consider where to cut from the budget. (Especially in terms of Medicaid programs, and I shared our personal story of how Tiny was automatically eligible for Medicaid, regardless of family income or status, because of her birth weight and prematurity and how this program saved us from even bigger hospital bills.)

Three – Keep the Charitable Donation tax break in place. These days, that is one of the few incentives that keeps many corporate sponsors and even many individuals, donating. It is hard enough to fundraise without those incentives to help us (or any non-profit or charitable organization.)

We were met enthusiastically (for the most part) and promised support (or at least consideration) for these items. (But who wouldn’t want to support healthy pregnancies and babies??) Thankfully, regardless of party, all of our officials were committed to the Charitable Donation tax break. (whew!)

This is a big year for the March of Dimes. It is the 75th Anniversary of the creation of the organization. Created originally to eradicate polio, it succeeded in that mission (no cases of Polio in the US in over 30 years!) and moved on to the goal of reducing prematurity and researching birth defects.

The March of Dimes has been the force behind so many major programs and policies dealing with maternal and neonatal health. Folic acid, lung surfactant, Neonatal Intensive Care Units and the training of their staffs… all have come from March of Dimes programs and support and research.

On November 1st the Prematurity Report Cards will be released for 2012. Last year South Carolina received the grade of “D.” Although that was an improvement from the previous years… “F” for a time. We are really working hard to see improvements.

In a country of our stature, we can do better. We can do better for mothers, for babies, for families, for associated health costs. (26 BILLION dollars were spent last year on preterm birth associated costs.) 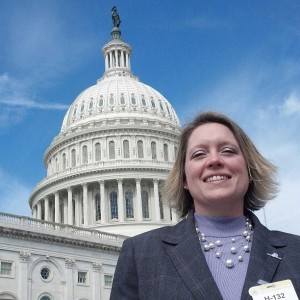 We all have a voice. We all have passions. What do you do to make your voice heard? You can make a difference!