I don’t remember teething being as miserable with Nayner Bug and Jelly Bean as it is with Tiny, but she is MISERABLE! She is chewing on anything and everything she can. Her favorite chew toy for awhile was her crib. 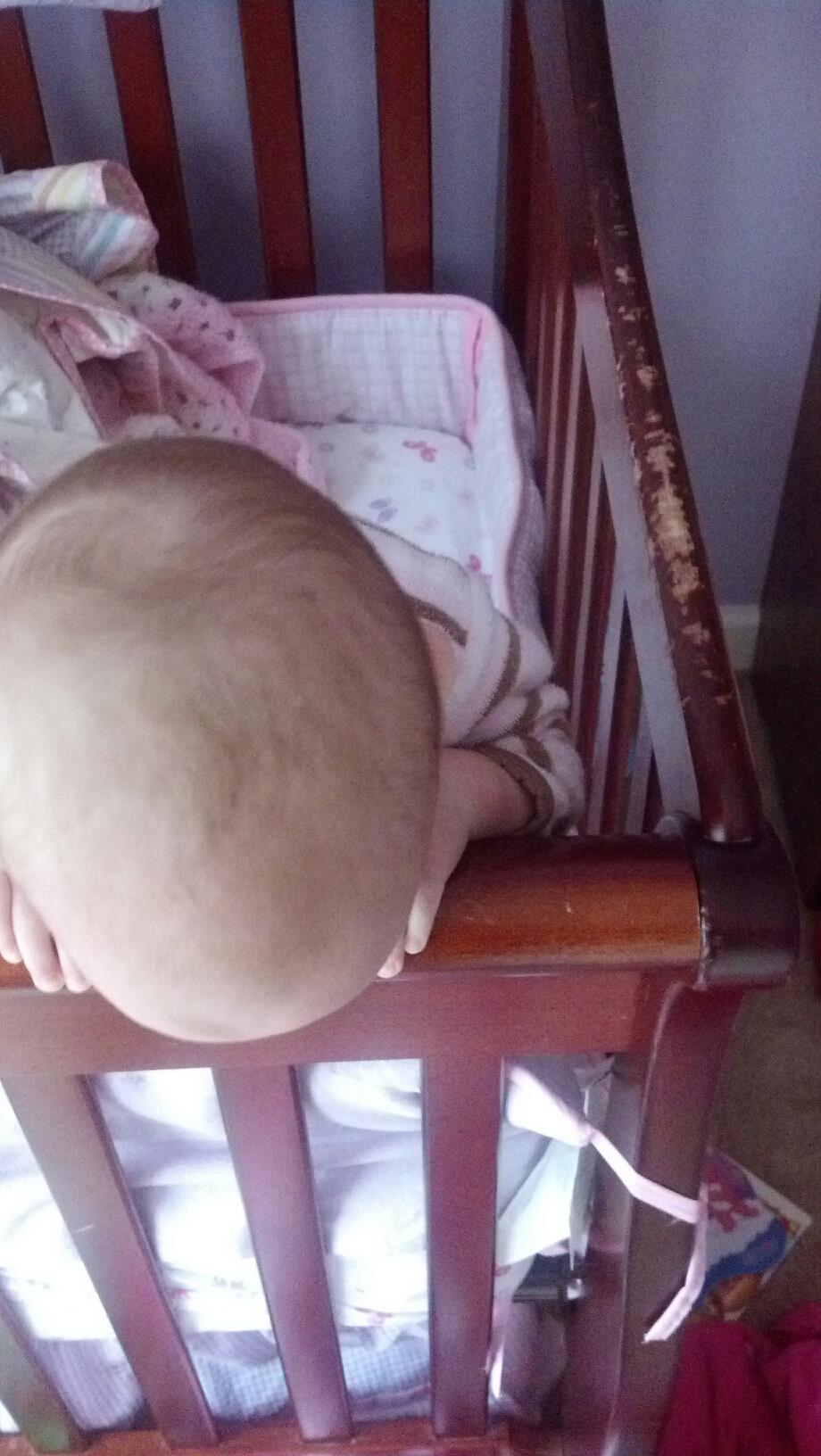 So, when I was contacted by AmberPieces.com about reviewing an Amber teething necklace, I eagerly agreed! We had actually had one before that she enjoyed chewing on, but it was too small, and the clasp broke. So the first thing I noticed (happily) about this necklace is that it is just long enough for her to put it into her mouth without pulling it so tight that it wears on the clasp.

Secondly, the necklace has knots in between each stone, so should it break, I do not have to worry about tiny little pieces all over the house that she might choke on.

Amber is actually not a stone, but rather fossilized tree sap. Therefore it is hard enough to be chewed on, but not hard enough to damage their little teeth or gums. Tiny seems to enjoy gnawing on her little necklace.

Here is some interesting information about Amber that I copied and pasted directly from the Amberpieces website. If you like Amber you should definitely check them out (and enter to win a free necklace below!) They have a wide variety of necklaces and jewelry, straight from Lithuania.

Baltic amber has been historically significant in medicine dating back to prehistoric times. Small pieces of amber have been found inserted under the skin of ancient Egyptian mummies. The Egyptians believed in amber’s power to stop destruction and decay. The ancient Romans and Greeks believed in the magical power of amber, they even buried people with amber necklaces as a symbol of influence and power. In ancient China it was customary to burn amber during large festivities. This practice both signified the wealth of the host as well as honoring the guests. The earliest written records of amber’s healing properties are found in the works of Hippocrates. He documented that a short string of amber beads worn around the neck brought relief to the wearer in some cases of severe head, neck and throat complaints. Wearing amber bracelets was thought to be beneficial to sufferers of rheumatism and arthritis and reduced fatigue and feelings of general weariness. A similar effect was said to be achieved by rubbing the body with a fairly large piece of the mineral. Interestingly, Martin Luther carried a piece of amber in his pocket as a protection against kidney stones.

Now it’s your chance to Enter to Win one of TWO Amber necklaces for free! They are “Tiny tested and Tiny Approved!”