I woke up in the hospital bed at about 6am like normal. Shift change. The night nurse checked on me one last time, and I knew I wouldn’t see anyone again for awhile. Since it was Saturday morning, I knew I would not have the normal troop of medical students come through the room, ask me questions, give me a quick exam, etc, like I got the pleasure of enduring every Monday through Friday. That’s what comes with being in a teaching hospital.

It was day 32 of my torturous hospital stay. Truthfully, I didn’t mind the students being there. They were all fourth years, nearly done with medical school. The more who saw me, who learned about Twin to Twin Transfusion Syndrome, the better.

The day before I had turned 35. The nurses tried to make the day as pleasant as possible for me by decorating and singing to me and treating me especially nice all day. My whole family came for dinner, and my sister even made me a steak for my special dinner. I was now officially pregnant at an “advanced maternal age” but did not expect that the babies would decide to come the next day.

I was miserable on December 10, 2011. 32 days of lying in a bed, hooked up to fetal heart rate monitors had left me sore and chaffed and aching. Since Tiny was so little and liked to hide under my hip, and since Kathryn had so much fluid in her sac, making her heart beat echo loudly, it was often very difficult for the nurses to find Tiny on the monitors. I would lay there for sometimes hours as they rubbed the monitor over me until they could find her heart beat. My skin was cracked and bruised from those efforts and from the bands to keep the monitors attached. One particularly sweet nurse would rub lotion on my back when the bands were off.

When my nurse visited me mid-morning, I asked if she would unhook me from the IV drip so that I could take a shower. I hoped the hot water would help my aching back. But it did not. I tried walking a little bit around my small room, but nothing helped. I was in bad pain.

Lunch was delivered. I had no appetite.

Finally, I asked nursed Christy if she could get some pain meds for me.

She looked at me and said “You’ve been here over four weeks and I’ve never heard you complain of pain. I’m going to get the doctor.”

In came the perky blond doctor. We had developed a relationship over the last month. But she wasn’t my doctor. And I didn’t want the babies to be born without Dr. Brown, who was in Canada that weekend for a wedding.

Dr. Blondie examined me and broke the good news to me. “Yep, you’re in labor. Looks like we’re having babies today.”

“I thought I had to be off the blood thinners for three days before surgery?” I asked nervously.

“Well, we don’t have three days, but I’ll take care of you.”

I was unusually crabby, and this is not the way I expected today to go. Part of me was relieved that I would not be pregnant any more. I was so miserable. But part of me was terrified.

I was only 30 weeks and 5 days pregnant, with twins who were very sick from TTTS. I prayed that Tiny had had enough time to grow over the last week. She had just recently reached the 500gram point, which is considered a viability make or break point to most doctors.

And Kathryn… sweet Kathryn. I prayed that somehow, miraculously, they would save her. But I knew her heart was barely functioning, and we didn’t know what other issues she would have from the excess fluid that built up around her body.

As Christie got me prepped and ready for surgery, and labs were being done, etc. I called my husband. He hadn’t been in to see me yet that day. I knew he’d be by eventually. I told him it was time to come to the hospital. The babies were coming.

I called him again.

“Where ARE you? They are getting ready to take me back to deliver the babies.”

Turns out, he didn’t think I was REALLY in labor… that I was just miserable and wanted company. He’d been out Christmas shopping. So, he headed toward the hospital as fast as he could. He still wasn’t there when they wheeled me back into the OR.

Luckily, just as they finished the spinal block, he appeared.

The best thing I did that day was remember my camera. I gave it to one of the nurses on the anesthesiology team, and she took pictures as my babies arrived.

And then Kathryn was born. I still cannot share the picture of her at birth. Not because I don’t want to, but because it’s scary. She had gone into heart failure, and her head is purple. Her belly. extremely swollen with fluids is a terrifying image. They intubated her immediately, put a tap in her abdomen to drain the fluid, and then this picture was taken:

I didn’t know what was going on at this point. I knew both babies were alive and on their way to the NICU. I knew my husband went with them. The spinal block was having a weird effect on me and my body felt like it was on fire. I thought I was going to die on that operating table.

The next few hours are blurry. I was in and out of consciousness as they took me to recovery and then got me settled into my room. It was several hours before I was cleared to go to the NICU to visit the babies.

They put me in a wheel chair and wheeled me up from the fourth floor to the fifth floor and into the NICU. We scrubbed in and Jeff wheeled me first to room 2, where Kathryn’s bed was. She seemed to be doing as good as she could under the circumstances.

Jeff took this picture at just before 9pm that night. She was almost three hours old. I was so hopeful that they would fix her.

I watched her for a little while, and thought she might be able to make it. I was still hopeful that she would be transferred to MUSC in Charleston, and she’d have her open heart surgery to repair the right side of her heart, like the doctors and I had previously discussed.

After a little while, Jeff wheeled me into room 3.

I could not believe how tiny and fragile and frail Tiny was. Honestly, in that moment, I was much more worried about her survival than Kathryn’s.

There really is no way to describe how small she was. This picture does not adequately capture the tini-ness! 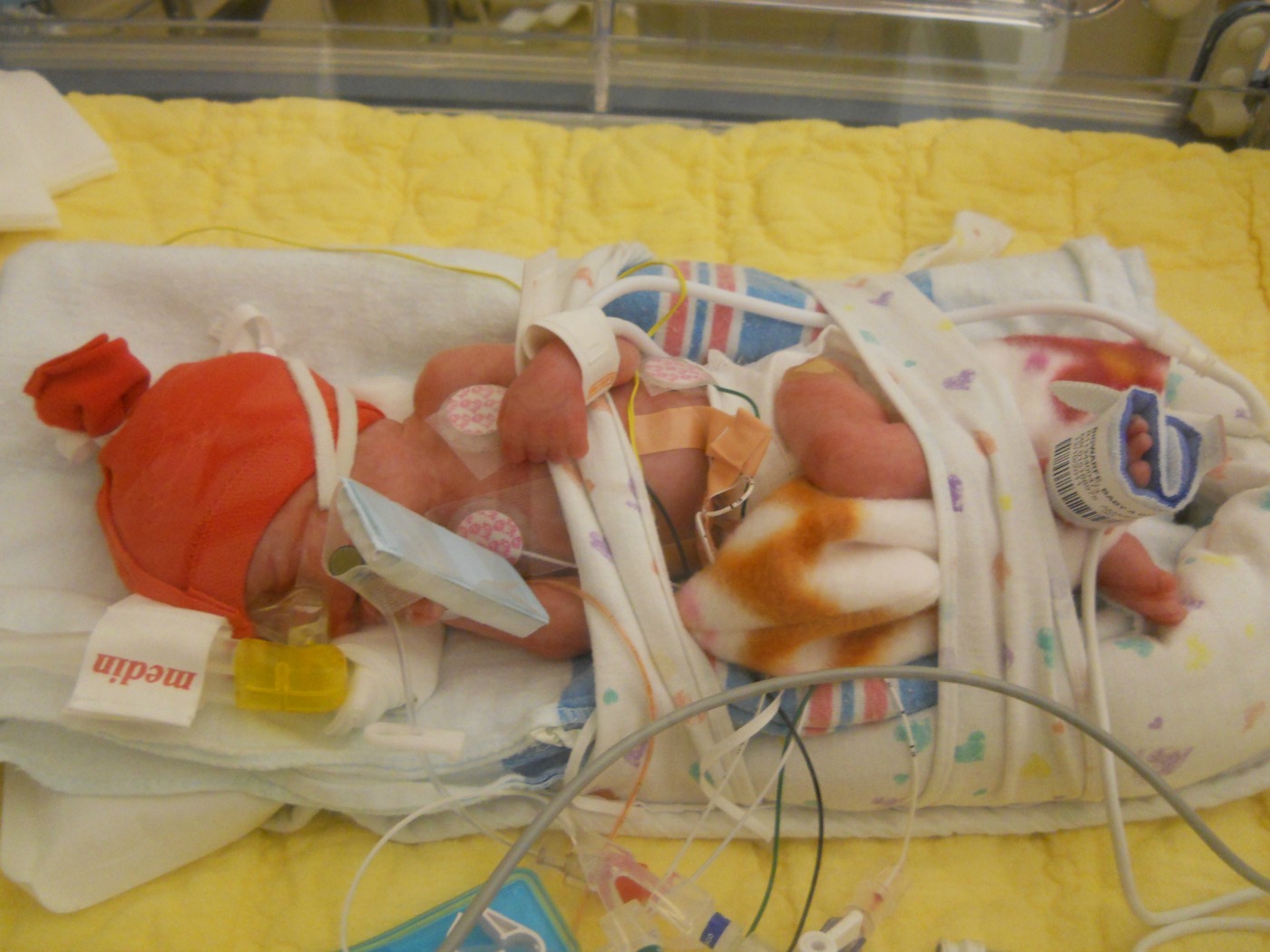 I sat watching my babies in amazement for an hour or so. I had to go back to my room for my exam and pain medicines and to try to sleep. So I wouldn’t see them again until the next day.

That is the story of their birth.

I haven’t ever written the whole story down.

Today, we only get to celebrate their 3rd birthday with one of them. But, considering what she went through to get here, I am so blessed and happy that we have her and CAN celebrate her 3rd Birthday.

Kathryn will always be with us, and near us. 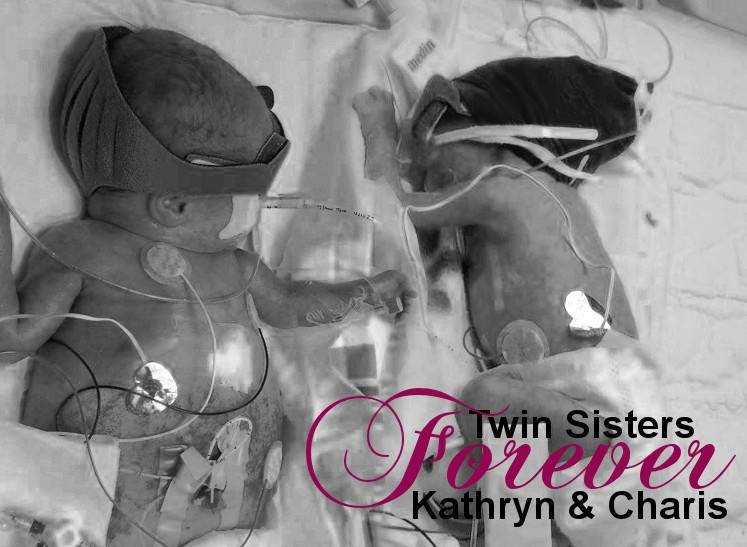 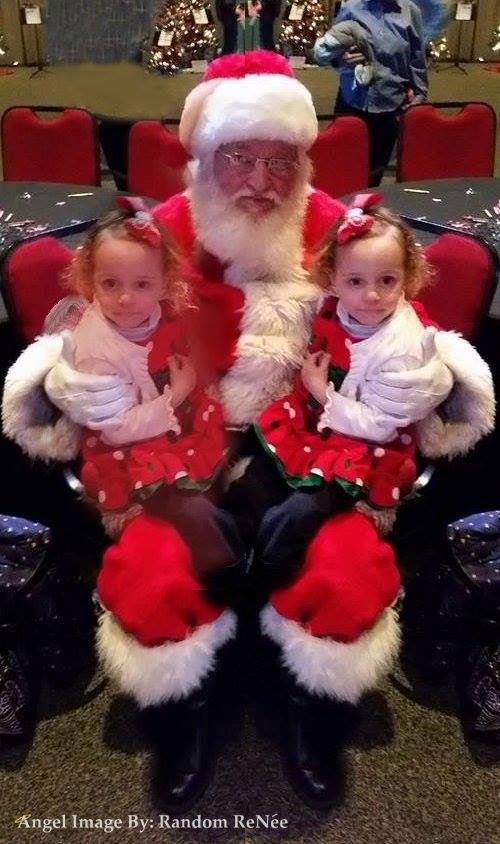 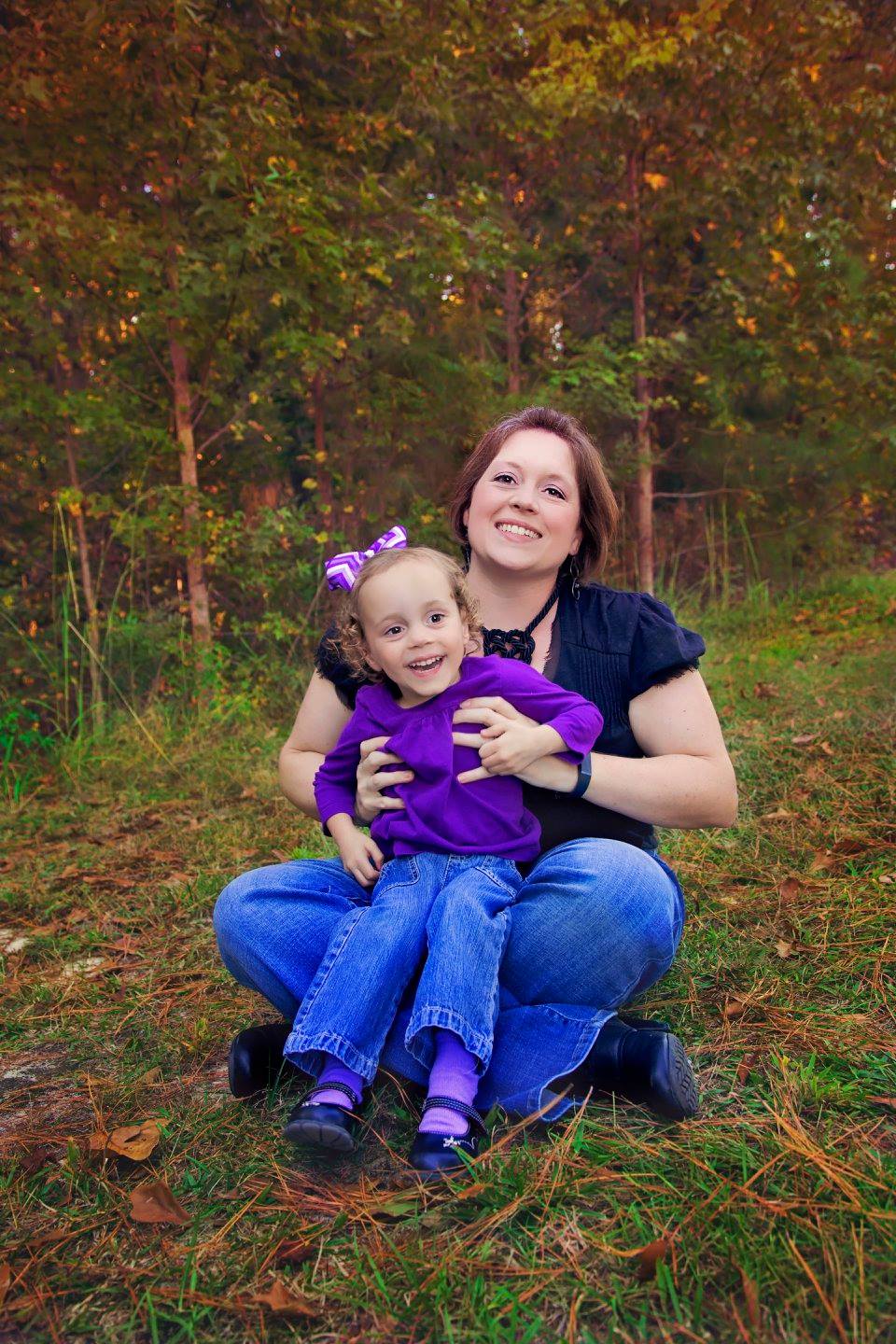