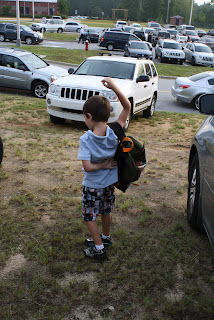 And then my phone rang, and my world was turned upside down….

This post is written in the most loving memory my dear friend’s mother, who passed away very unexpectedly yesterday.  This reminded me once again about how precious and unpredictable life can be.  And all of a sudden, a bad first day at Kindergarten seemed so… unimportant.  I love you dear friend.