Ever since I went gluten free due to our family’s gluten sensitivities, I have been on a quest to find a pizza crust that made the cut. Way back in March I went to the Gluten Free & Allergen Expo in Charlotte, NC. I met a lot of cool people and traded some products in exchange for blog reviews. One of the products I got was a box of pizza crust mix from the company Two Foodies. And they live right here in the Columbia, SC area. 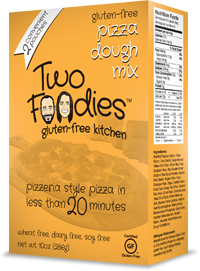 These were some of my favorite people at the conference. I watched them play around with the dough, tasted it, and of course, got a box of pizza crust. 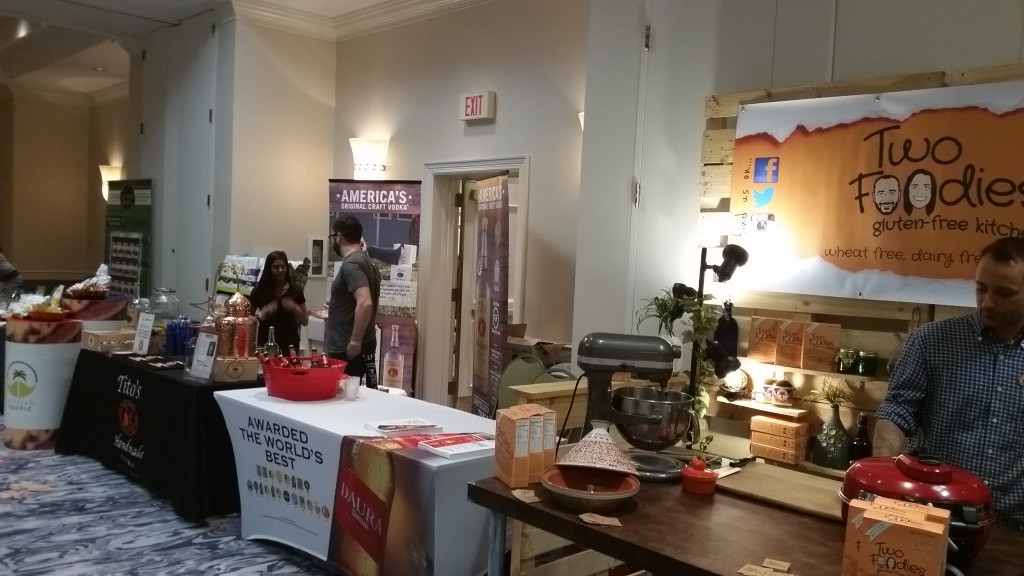 Even though I taste tested the dough at the Expo, I was still a little leery. It seems that often when I recreate a recipe, it’s never as good as when the pros did it. But, I was pleased to see the preparation was far simpler than the last gluten free pizza dough I made, which was a plus. I had high hopes!

One box comes with two packages of dough mix. I tried just one of the packets the first time. I cooked the dough on a pizza stone, following the directions exactly. It was good. Taste was great, but the texture wasn’t fabulous. The one thing I really can’t get right when baking gluten free pizza is the texture/consistency of the crust. It’s either too dough-y or too chewy and usually pretty soggy unless I roll it uber thin. Despite my best efforts to roll super thin and even cook a bit longer for crunchier crust, I did not achieve the desired goal.

However, it was still good and we ate it and enjoyed it. 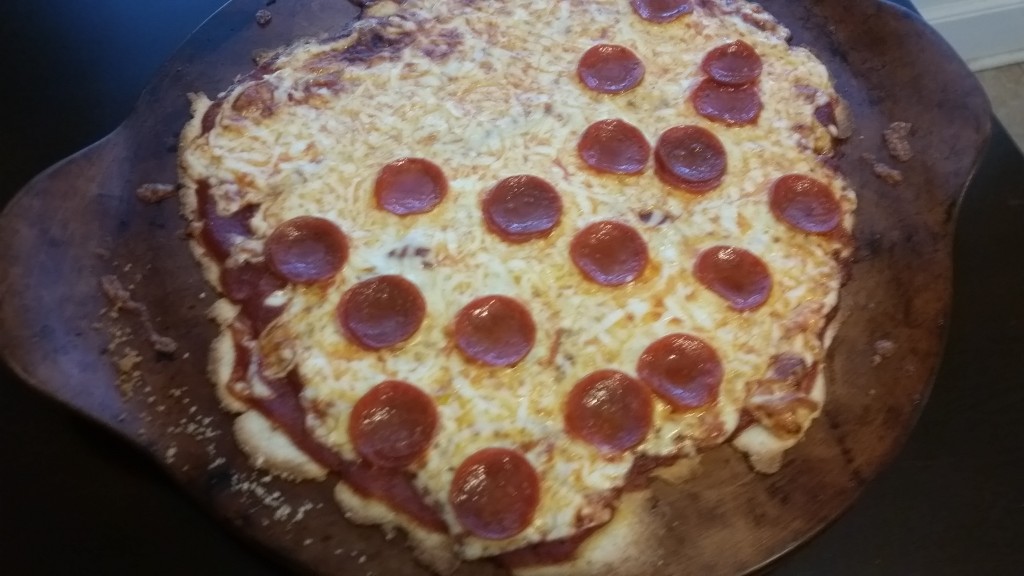 Here is a video by The Two Foodies specifically about making thin crust.

But remember, I still had another packet to make, and I was not going to give up on my crunchy crust. I had a gluten free pizza dough REVELATION!

I ordered a pizza grill pan from the Pampered Chef (love it!) and I decided to try grilling the pizza. Why grill? If you don’t have a wood fire pizza oven, this is your next best bet. 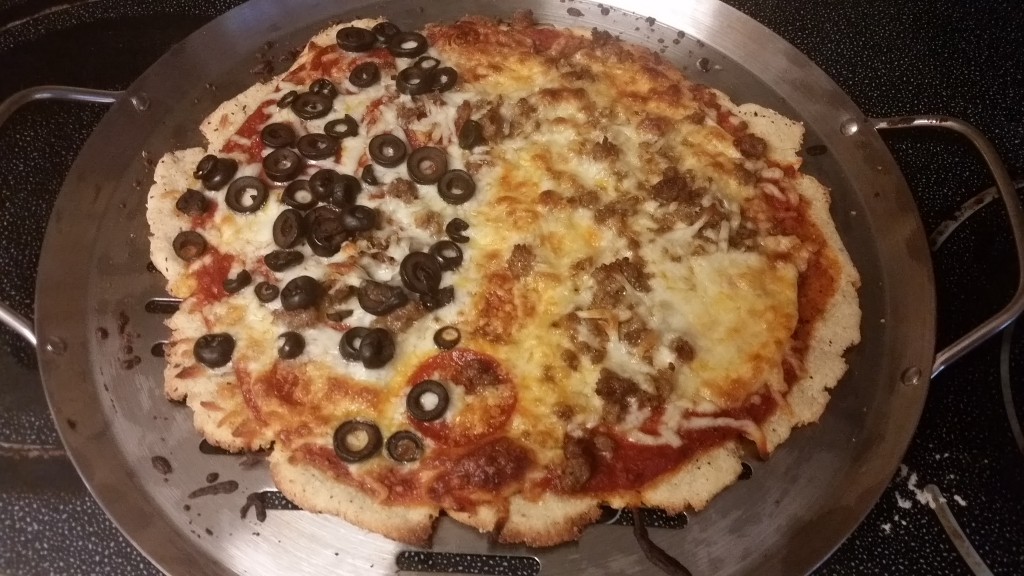 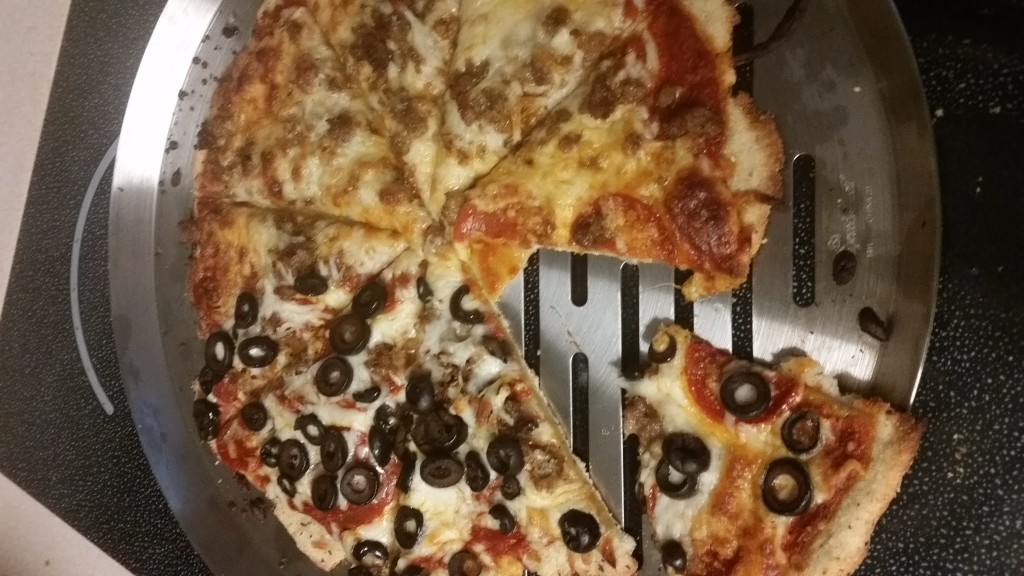 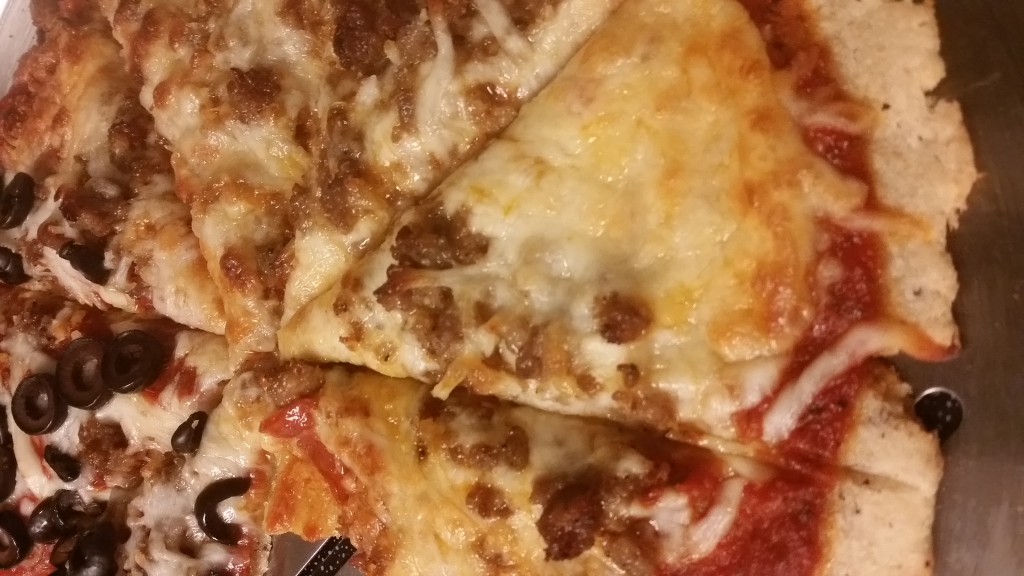 Y’all. I will NEVER cook gluten free pizza crust any other way. Seriously. Even if you cook it in your oven, use a grill pan. I finally got a crunchy crust! Wahoo! And since the Two Foodies crust already tasted wonderful, the only aspect I was missing was the crunchy crust.

So, it’s good, it’s easy to make, and the whole family enjoyed the pizza using the Two Foodies gluten free pizza dough. We are happy campers!