A long time ago, I wrote a post about blogging and topics I wanted to write about and what you, dear readers, may be interested in reading about. A popular suggested topic was about breakups with friends.

So, I’ve finally written about a breakup with a friend… hope it’s all that you hoped it would be and more – Chris! 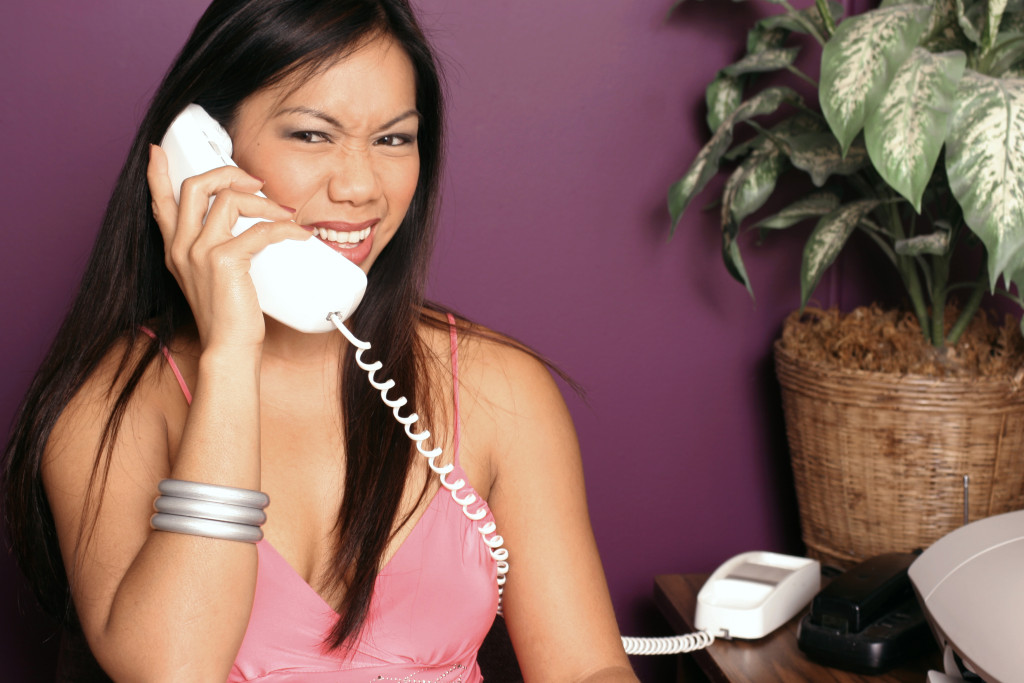 I read the email and felt like I had been physically slapped across the face.

I felt tears well up in my eyes. I had been so careful not to overwhelm my friends and family as I started my new home based business, but of course, dreamed that everyone would jump at the opportunity to support and help me get started. When I found out my once close friend Allison was engaged, I sent her an invitation to consider the bridal registry, which I thought she would love. Kitchen tools, after all, are a major registry item.

And instead I got a “remove me forever from your distribution list” reply.

But what hurt worse was when the invitation for the wedding never arrived.

And when I learned she’d had her first baby because her gmail profile picture now showed her holding a newborn.

It took all of those instances to realize that I had been dumped. Permanently. And I did not understand why.

I thought I’d been dumped over a Pampered Chef registry, but in reality, she’d let me go a long time before that.

Although I thought we were close friends, she was just not that into me.

Allison and I became friends on a military deployment. We were in our mid-twenties, both serving in the Air Force, and both new to our military unit.  Shortly after Allison joined the unit, we deployed overseas in support of the ongoing wars in Afghanistan and Iraq. Although we had met each other back in the States, we had not spent much time together before the deployment. We were randomly assigned to the same tent – a tent with eight other women, in the middle of a very sandy, hot, place. Out of this situation, new friendships began to arise.

In a way, our relationship could somewhat be compared to a season of “The Bachelorette.” Not in the sense of looking for a romantic relationship, but because we were in a remote location with no outside distractions or responsibilities beyond our jobs. Certainly not exotic in a good way, but none-the-less, a place where bonds were created where they may not have formed in our “real” lives.

There was little to distract us when we were not working. We lived in a tent with sheets draped as privacy “walls.” Our living spaces were just big enough for a twin sized bed and a wall locker. It was like one big re-occurring slumber party. Only we were in the hot desert. Fighting a war.

There was no television, unless you had a portable DVD player, and our options for entertainment in the off hours consisted of hanging out with your tent mates, working out at the gym, going to the “coffee” tent/library, or enjoying one of your three allowed adult beverages each evening. We spent most of our free time playing cards and just talking.

Away from our “normal” lives, Alison and I discovered that we had a great deal in common. We hit it off quickly and settled into an easy friendship. If we were not working our shift, we would eat together, go to the gym together, and drink our three beers together. We talked about everything. We shared an interest in foreign policy and history and loved discussing these topics. We were pals. I thought we were on the road to being besties.

Why does it hurt so badly when someone doesn’t care for us the way we care for them? via @katbiggie

We returned from the deployment and stayed close friends as we returned to “normal” lives for a short time, before going back for another deployment. December 28, 2003, we left for the “sandbox” again. We arrived, cleaned out the tent and set up our “spaces.” Allison and I were right next to each other.

This deployment was longer than our last one had been. And there was more activity as well. Iraq had gone from being happy to have us there to road side bombings and terrible incidents such as the four American contractors who were murdered and hung from a bridge in Fallujah. We worked long hours and had little time for play.

Somewhere along the line, I began to notice that Allison seemed to spend less time with me. I was working 14 hour shifts from 6pm to 8am, so we no longer had meals together, and we were on opposite sleep schedules. On my night off (every 4th night) we would meet up to enjoy our beverages together and hang out, but she had begun to make some other close relationships with the girls she spent more of her time with.

I did not realize how much our friendship had degraded until one evening when a horrible event took place. I prefer not to discuss the details around this situation, but it was humiliating and degrading and it was a time in which I really needed a friend. I sat in my little room alone for over 24 hours, waiting for Allison to come check in on me. She never came. In my greatest need, she abandoned me.

The event caused a lot of drama and friction in our unit. I felt shunned by many people who had once been my friends. And then there were others who unexpectedly befriended me and defended me.  Allison was not one of those people. She avoided me until the smoke cleared.

After that point, she acted like nothing had ever happened. At no point did she ever ask me about my side of the story. At no point did she ask me if I was okay. She just completely avoided it. That stung viciously, but I forgave her and moved on. I certainly did not want to dwell on the incident, and I did not want to lose a “treasured” friendship.

Over the next year, we continued on with a very friendly relationship. We still spent time together outside of work and hung out at work. I believed that our friendship was strong. But I think down deep I knew that we had crossed a threshold that could never be “un-crossed.” Our relationship would never be completely restored.

In 2005 I moved to a different base. We spoke on the phone and emailed occasionally, but it was usually me who initiated contact. Until one day we stopped calling. Just emails.

Then came the big blow.

I cried when I was not invited to her wedding. She had cut the ties. I was not important to her and never would be.

It would be so easy to say I just moved on and got over it. After all, I have plenty of friends who care for me.

But that isn’t the way it works, is it? I grieved that relationship, and like a desperate girl, I made plenty of attempts to reach out and restore our friendship. But she never reached back.

Why does it hurt so badly when someone doesn’t care for us the way we care for them? And why when we have other people who do love us tremendously, do we let it get under our skin so?

When my daughter Kathryn died, reality slapped me hard. That was the moment I realized life was precious and I just had to let it go. I had to let her go, as she had done to me years before. I finally allowed myself to do so.

I let her go, but my heart will always ache for the friendship we once had.

I’ll never really understand why she was just not that into me.

Have you ever been dumped by a friend that you thought was a close friend? Did you get over it?

Find your MOM SQUAD with us! Lose the Cape!