In Europe it is called Armistice Day. Why is it celebrated on November 11th? Well, November 11, 1918 is the day that the Armistice, or Treaty, was signed to end World War I. In Europe, Armistice Day is similar to our Memorial Day. It is their day to remember the fallen and all of those who have served. We used to call it Armistice Day, but then it was changed by one of the Presidents to Veterans Day.

In France, the Arc De Triomphe, in the middle of one of Paris’s busiest roundabouts, lies the Tomb of the Unknown Soldier. In 1999, I was fortunate enough to witness an Armistice Day celebration there. It’s an event I’ll never forget. I had the opportunity to visit with some of France’s veterans from WWI and WWII. It made a life time impression on me. It was definitely one of the moments that led me toward my eventual decision to join the military.

On Veterans Day, while we celebrate it the same day as Armistice Day, our focus is on those who are still living. Whether retired, separated from the service, or active duty, these are our Veterans. And today, we say Thank You.

If you’re new to my blog, you might not know that I am a veteran. As is my husband, my dad, my father-in-law, three of my brothers-in-law, my grandfather, many of my great uncles, four of my cousins… one who just left for Liberia. We are a military family. Apparently, it’s in our DNA.

I grew up an Army brat. My father started out as an Air Force fighter pilot in the Air National Guard. When I was five, he transitioned to being a helicopter pilot in the Army, and we moved to Texas. I spent Kindergarten – 5th grade in Killeen, TX, and then we moved to Germany.

My dad was stationed in Germany, but my sisters, mom, and I only lived there with him for one year before my mother brought us to South Carolina. While we did not move with the military that time, we wound up moving to Columbia, SC, home of Ft. Jackson – one of the largest training bases in the United States. So, we fit right in.

As a child, I hated moving and leaving my friends. I promised myself I would never marry someone in the military OR go into the military myself. I did both. 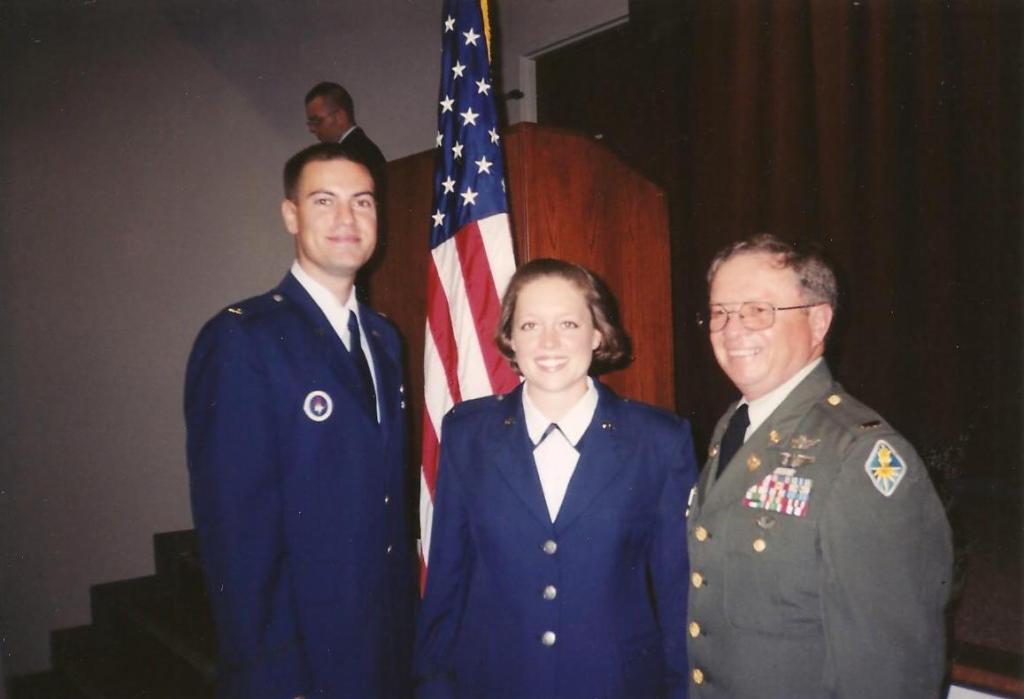 My Instructor, Lt Harms, me, and my dad on my Commissioning Day as a 2nd Lt in the Air Force

And I am so glad that I did.

The six years and four months that I served on Active Duty were some of the best days of my life.

It took almost five years for me to “get over” not being Active Duty any more.

It’s not something I can explain. It’s a camaraderie, a bond, a mission bigger than yourself.

So today, I honor all of those who have ever served, are serving, and will serve. We are one of the few countries in the world that has a military comprised 100% of volunteers. That’s amazing. And we do our job so extremely well.

I wrote a piece over at Columbia Mom’s Blog about Veterans Day and a little more about what today means to me. It’s also got some suggestions on how you can help a veteran. I hope you’ll stop over and see it. 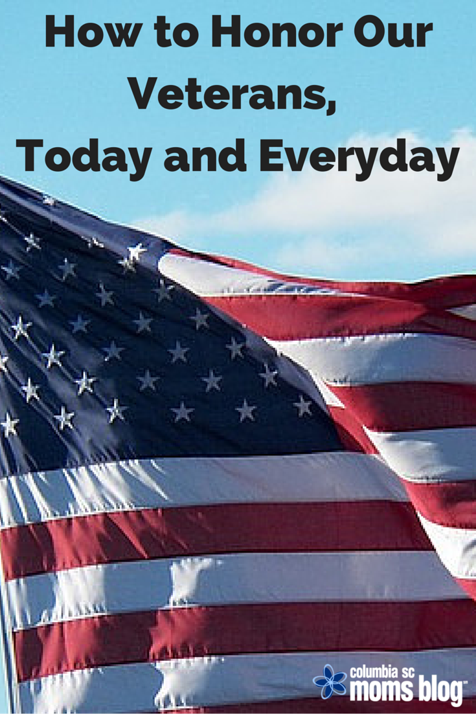