Yes, you read that right.

The dog set the kitchen on fire. 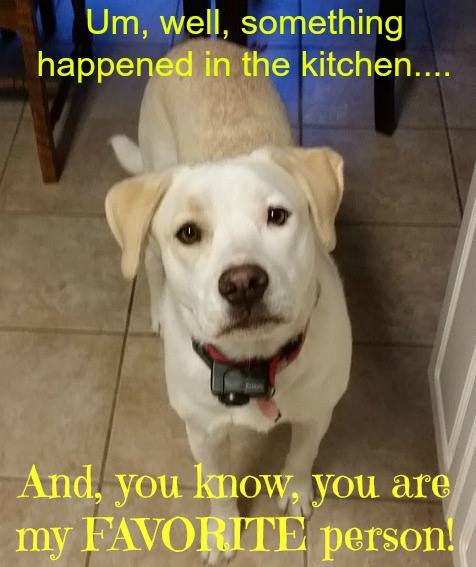 Who could be mad at this face?

What had happened was….

I was making one of the best dinners yet. Pork tenderloin marinated in Roasted Garlic Olive Oil from The Olive Tap – a wonderful company I discovered at the Gluten Free conference in Charlotte, NC this spring. We had corn on the cob boiling, and bacon wrapped asparagus fresh out of the oven. It was sitting on the stove cooling off as I made a trip out back to check on the tenderloin, which was cooking on the grill. (I never did get an after photo – this was supposed to be a recipe for a lovely recipe/review for the Olive Tap. I can tell you, we ate it the next night, and it was AMAZING! And the recipe – 1 pork tenderloin. 2 sweet potatoes peeled and diced, roasted garlic olive oil by the Olive Tap applied liberally over the top – grilled on low for about 30 minutes.) 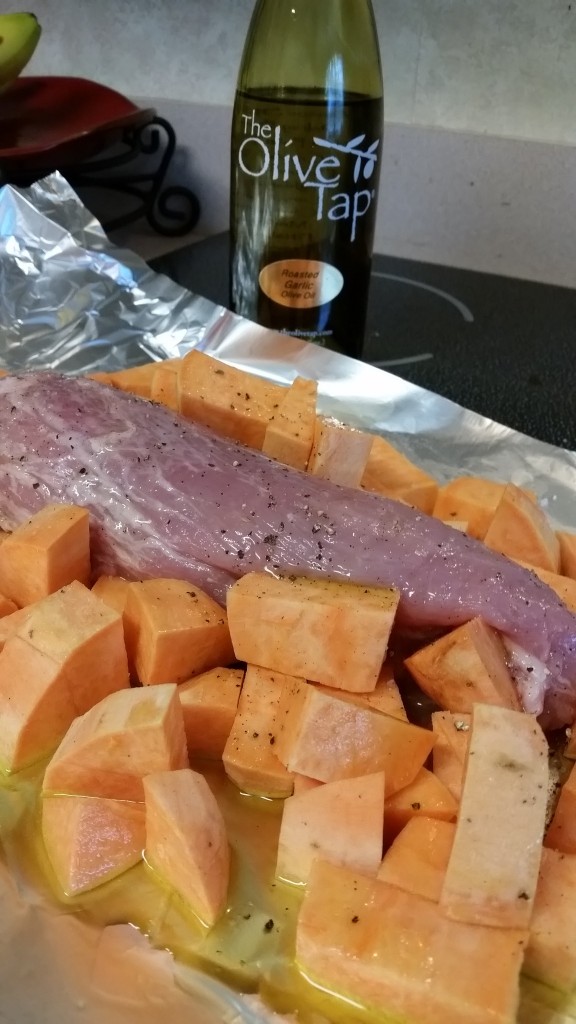 My super investigative skills led me to the following conclusion:

At some point Mia (the dog), jumped up to try to get to the bacon wrapped asparagus that was on a pot holder on the stove. I heard my daughter yell at her to get down, and I didn’t think anything else about it. Until my husband came out and informed me that I’d made a big mess. I had no idea what he was talking about. So he informed me that I’d left the hot pad and the asparagus on the burner that was still on. As I tried to explain to him that I didn’t even USE that burner, I realized what happened.

Apparently Mia turned the burner on high when she jumped up on the stove. (Our dials are along the front panel, and just have to be pushed slightly to turn.) When I went to move the silicone pot holder, I am guessing the friction of pulling the hot silicone on the glass stove top caused enough of a spark to ignite it, and it burst into wild flames. Because until that point, there was no smoke or anything, but as soon as I tugged on it, BOOM. Then it caught the bacon grease on the asparagus on fire. Truthfully, I’m lucky my eyebrows and arm hair did not get singed off from the fire ball that jumped out.

Thankfully we had a fire extinguisher in the kitchen. I was beating at the fire with a towel, and my husband yelled at me to get the extinguisher. I’m not gonna lie. I panicked. I handed it to him. Then he proceeded to go all Ladder 49 and spray like the whole kitchen was on fire. If you’ve never had the experience of being around a fire extinguisher, it leaves a very fine dust, kind of like the corn flour dust they thrown on you at the Color Run.

So we’ve got screaming kids (now outside), massive smoke, the fire alarm is going off, I’m trying to wave the towel to get that to stop, and dust from the fire extinguisher. 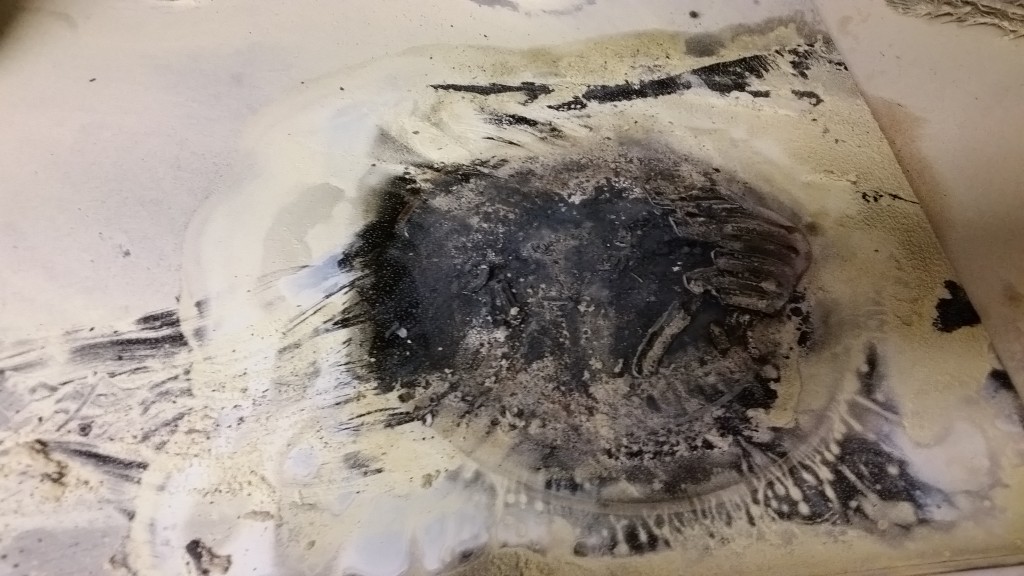 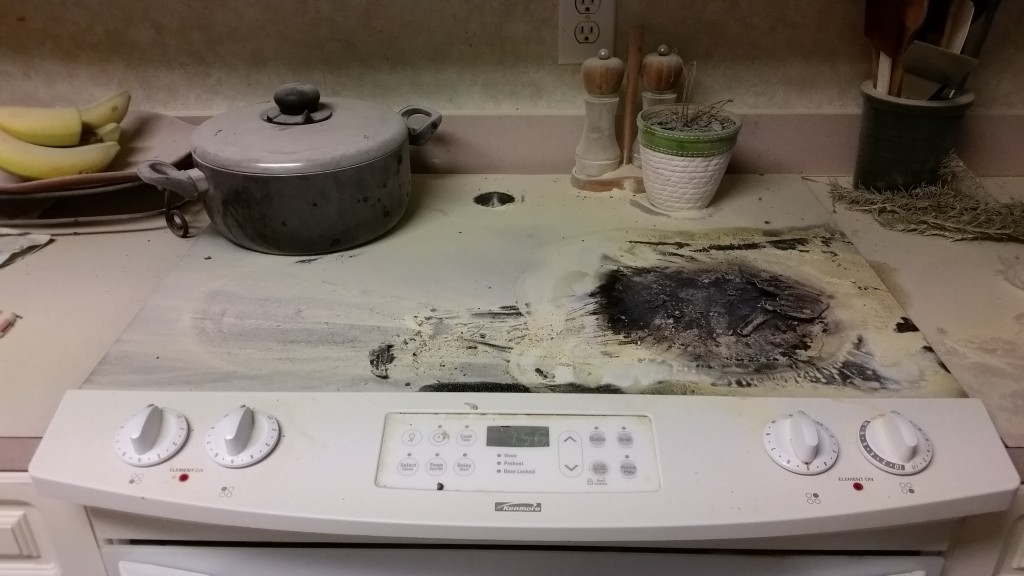 Lots of smoke, lots of dust from the extinguisher, but thankfully, no permanent damage.

Important #safety lesson #moms! Dogs can easily turn ON the stove! Mine did. via @katbiggie

So, we went to Wendy’s for dinner.

Important lessons learned from the day the dog set the kitchen on fire:

Join us as we Lose the Cape!