After I recovered from the initial shock of the Nationwide #MakeSafeHappen commercial, I have decided I am glad that they sparked the debate on accidental injuries and deaths in the home. This is a topic that I’m so passionate about, so why wouldn’t I want this to happen?

I write about children’s health topics on a monthly basis for a couple of parenting magazines, and in my research a few months back, I saw the press release about the detergent pods. Here’s the short article I wrote about it.

Just to clarify, I am NOT ANTI-PODS. I love them! I use them in my dishwasher. I just want parents to know about the dangers, and respond appropriately. 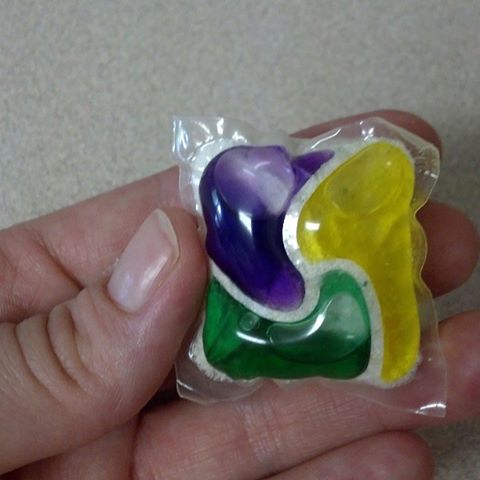 They are bright and colorful, small little packets that look like something that would be nice to eat or chew on. So it’s no wonder that since single-load laundry detergent packets were introduced in 2012, more than 17,000 children under the age of six have eaten, inhaled, or squirted the liquid from the packets into their eyes.

That’s a frightening statistic. Researchers recently released a study in the journal Pediatrics which compiled data from the National Poison Data System. The numbers are likely higher since this is a voluntary reporting system.

Of those 17,000, 6,000 children were taken to the emergency room, 750 children had to be hospitalized, and there have been two deaths due to the packets. Most often the children ingest the contents and their response is usually to vomit, become lethargic, cough, choke, or have irritated eyes.

In response to all of the incidents, many of the companies that produce these packets are changing the outer container packaging so that they are more difficult to get into and are not visible through the container. Standards are being established for all manufacturers of the product.

It’s very important for parents to keep these packets high and far out of reach, and ensure none of them fall on the ground where they might be accidentally ingested. Since the packets dissolve easily with the touch of water, it does not take much for them to squirt the liquid into the child’s throat.

If your child eats or tries to eat a package, go immediately to the Emergency Room.