Ooh, ooh the story is getting good! You are going to want to catch up with parts one, two,  three ,  and four of this story! 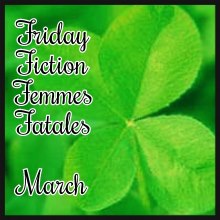 After I left David and Melanie’s I found myself driving towards 41st Street. So many memories. This whole mess started on 41st Street. I hoped the Red Dot store was still there. I needed a drink. I needed to think. I needed rest.

And I needed my children. I had only been away from them for a little more than 24 hours, but I missed them terribly. Seeing their father just made that ache worse. As I drove I called my mother to check in on them. I was relieved to hear that all was well, although my mother reported that Emmy still acted wary of the whole situation and had been asking many questions. For an eight year old, that child had an incredible intuition. But my mother stuck to the story. Hopefully Emmy would never know the truth.

I walked into the Red Dot, picked one of my favorite bottles of wine, an Australian Malbec, and asked the cashier if he had any recommendations of places to eat. Even though I knew the area well, it had been five years since I was last here. Sometimes things change a lot in five years. But as I listened to him rattle off the same restaurants that I had frequented in my previous life, I came to the realization that in this city, food establishments remained mostly the same.

I was not terribly hungry, but knew that I needed to eat. I chose the local burger joint, and took my meal to go. At this point I was ready to get back to my hotel room and just relax. I needed to process the events of today.

The room was absolutely frigid when I entered. Apparently the housekeeping service turned the settings low. I adjusted it, peeled off my clothes, and opened the bottle of wine.  Pulling back the covers, I slipped into the bed with the whole bottle of wine. Thank goodness for screw off tops.

I sighed deeply and took a swig directly from the bottle.

Today had been difficult. Not only did I have the weight of the current situation on my mind, but it had been torturous to sit in their living room, surrounded by the life they had built together since betraying me. Over the past five years I had pushed the memories so far back, refusing to admit how hurt and angry I was. I might have even begun to believe the story that I had told the children, that their father was dead. It was easier that way. For them, for me.

It was so hard for me to admit that my marriage had ended so disastrously. Addison Taylor did not fail! I had always been successful. Except in matters of love. Although I had harbored so much anger towards David and his mistress Melanie for being the reason my marriage fell apart, deep inside I knew that I was also to blame.

When I saw them today I could see how happy they were. David and I had not been happy. We pretended to be happy. We had worked so well together as partners and had a tremendous friendship, so much that somewhere along the way we confused those feelings for love. In reality, both of us were far more engrossed in our careers and in our separate interests than we were in investing in a happy marriage. I had not even been sure that I wanted to have children, but once Emmy came along, she became my world. Precious, sweet, adoring child.  For that reason alone, I could not hate David. He gave me my sweet Emmy and the precocious twins who fulfilled me in a way I’d never known possible.

The realization settled in that I was not as angry at David anymore. I would always be hurt and betrayed by his actions, but in many ways, he did me a favor by walking away. What I could never forgive him for was giving up his rights to his children. I am sure that Melanie was a large part of that decision, but I hurt for my children that their father chose to give up his rights as a father. Granted, he only thought he had one daughter, not a daughter and twin sons, but he still chose to walk away from her. From us.

Right now I needed him. He could help me. I had to stay focused on why I had returned to Colleyville and ensure that whatever it was that they knew about what I had done was not enough to jeopardize me or my children. Tomorrow would be a long day.

My eyes began to flutter and I drifted off to sleep thinking about 41st Street and 7th.

This is part 5 in a weekly fiction challenge.
Today’s prompt:
March, “in like a lion, out like a lamb” —
for our writing: to be deflated, belittled or humbled after the failure of a daring or boastful act. I’m putting a couple restrictions on this one though to sharpen your lion’s writing claws before we submit to our kinder, gentler lamblike selves: 1,000 words max and no dialogue, all description. *Show* not tell: how your character has softened, deflated from the beginning of his/her intro in even one post? to now.